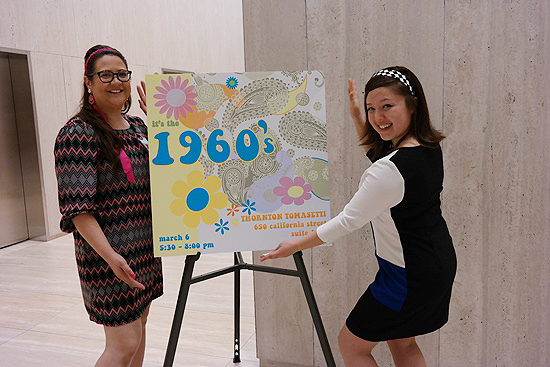 When our San Francisco office moved last December into 650 California St., the executive team was already in party planning mode before the last of the boxes had been unpacked. They knew they wanted to have an open house to show off their new digs and since it has become something of a tradition for our Bay Area staff to host an event in March, the place as well as the date were pretty much set. But instead of having the typical pinot and pigs in a blanket-type of affair, they decided to draw inspiration from their new location and host a 1960s-themed bash.

“Our building turns 50 years old this year and has a very retro look, particularly with its precast and glass windows, which is a focal point of our space,” Senior Principal John Abruzzo, who oversees the San Francisco office, said. “So we thought, why not have a party with a ’60s theme? Everyone loved the idea, and we thought it would be fun.”

By all accounts, the March 6 event was ‘outta sight’ and ‘totally happening.’ Some 225 clients attended as well as 75 Thornton Tomasetti employees, including San Francisco staff and members of the board, which scheduled its quarterly meeting to coincide with the party. “We had a great mix of people,” Abruzzo said. “There were a fair number of attorneys, architects and owners, some of whom hadn’t seen each other in years.” 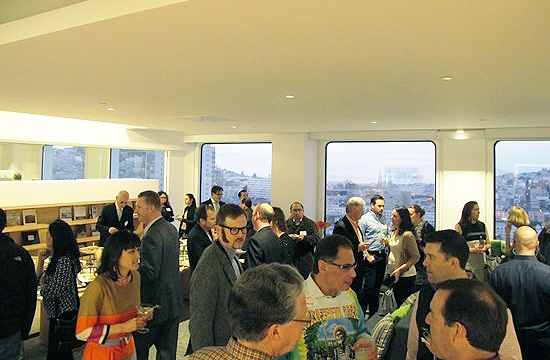 Approximately 225 clients mingled with 75 Thornton Tomasetti staff at the party. “It gave us our new office a lot of exposure,” Senior Principal and San Francisco Office Leader John Abruzzo said.

The party featured several elements from various periods of the 1960s from JFK’s presidency to the Summer of Love. The save-the-date card designed by Graphics Coordinator Alex Konidaris was done in a psychedelic poster art style, reminiscent of the Bill Graham Fillmore posters. And Senior Associate Marian Keeler designed a paisley and daisy pattern for the invitation. Guests were told it would be “groovy attire.”

“We knew we wanted staff to dress up if they could, and they really went all out,” Abruzzo said. “The women in the office led the way. Leading up to the party, they talked about the dresses and other stuff they were finding in second-hand and vintage stores. But I was pleasantly surprised to see the men embrace it as well.”

The fashions spanned the entire era, from Senior Engineer Sara Jozefiak’s pillbox hat to Executive Assistant Gillian Monserrat’ white go-go boots to Project Engineer Katy Briggs’s beaded headband. There were miniskirts and tie-dyed shirts, love beads and white gloves, Fu Manchu sideburns and granny glasses. Even several of the guests got into the spirit of the ’60s. “Bill Crocket from 360 Architecture showed up in an Afro wig and a hippie style jacket,” Abruzzo said. “No one recognized him, except for Steve Hofmeister.” 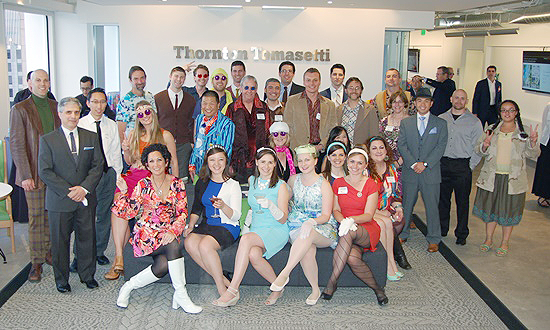 The open house party was a team effort, with several staffers dressing in 1960s garb.

There were ’60s touches throughout the space. Video screens in every room displayed classic television shows such as “Star Trek,” “Get Smart,” “The Dick Van Dyke Show” and the very first episode of “Lost In Space” or news broadcasts including John F. Kennedy’s presidential inauguration, the Apollo moon landing and a clip on the Summer of Love. “We also played classic 1960s movies that were filmed in or around San Francisco, such as ‘Bullitt,’ ‘The Graduate’ and ‘Psych-Out,’ ”Abruzzo said. “In every room we had something going on.” That also included slideshows of Thornton Tomasetti’s work and one devoted to the sustainability features of the new office.

No celebration of the 1960s would be complete without music and Abruzzo created a 100-song playlist that encompassed all musical genres. “I started out with about 50 songs and then passed around the list to people in the office to see what was missing,” he said. “Everyone had ideas, so the list kept getting longer, but it was a lot of fun. And we ran through the entire thing.”

There was also a retro twist to the menu. Noshes included devilled eggs, mini chicken and herbed pot pies, mac and cheese and veggie-stuffed mushrooms. Among the featured cocktails were Manhattans, Martinis, Old Fashioneds, Gin Gimlets and that classic 1960s beer, Pabst Blue Ribbon. “We talked about doing some Jell-O molds, but we nixed that,” Abruzzo said. “We also had vintage candy, which was Lynn Simon’s idea. We put candy buttons and Necco wafers on the tables.” The caterer also used ’60s-inspired linen.

Organizing the party was definitely a group effort. Monserrat and Office Manager Cristina Medina handled most of the party planning duties, such as putting together the guest list, sending out the invitations and coordinating with the caterer. Senior Project Director Robert Watson oversaw the beverage service, including the purchase of beer, wine and liquor and worked with the bar staff. A team, led by Keeler, helped with wine selection and technical staff spent a lot of time culling the invite lists. “Everyone contributed in a big way,” Abruzzo said.

And their efforts earned rave reviews from the guests. People loved the space and had such a good time that the caterer and bar staff stayed on for an additional hour. “We got so many compliments from clients the next day,” Abruzzo said. “Some people said it was the best open house they have ever been to. We wanted to be able to entertain in this space and now we know that we can do it well. I’m not sure if we will have a party next year or if there will be a theme, but this event certainly set the bar pretty high.” 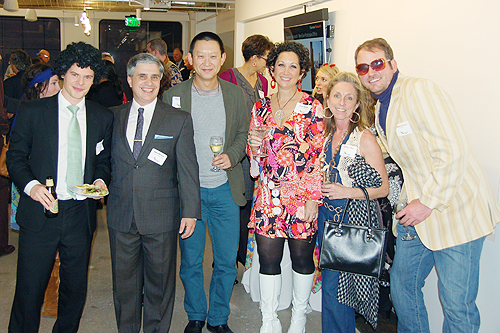 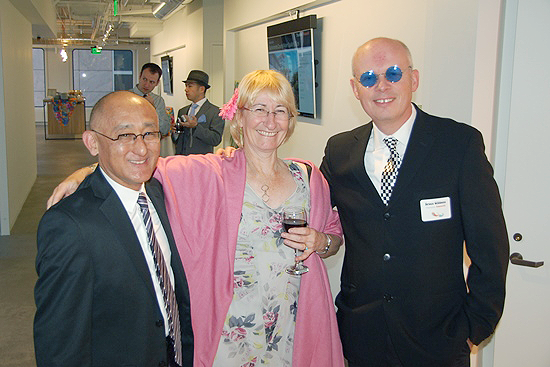 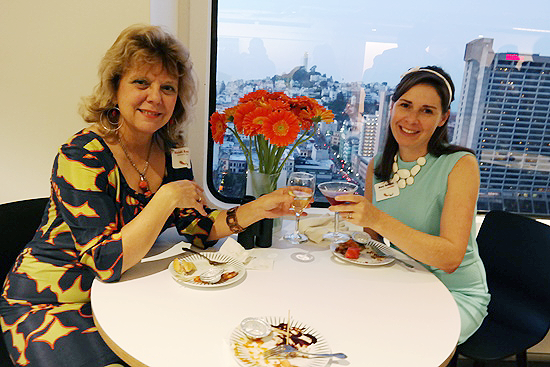 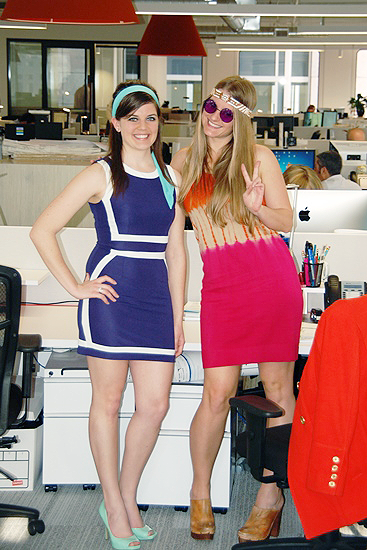 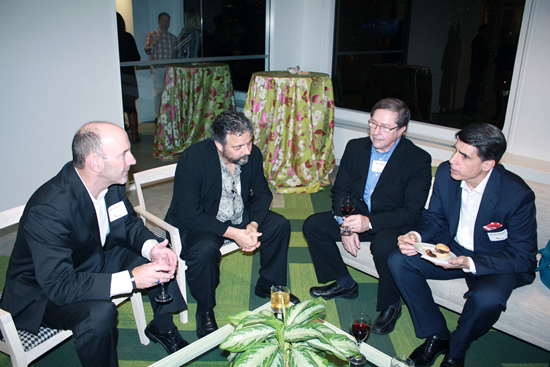 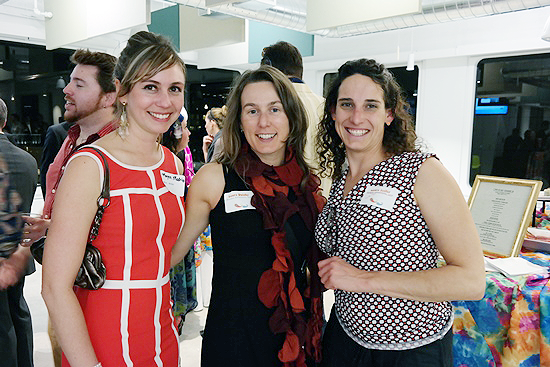 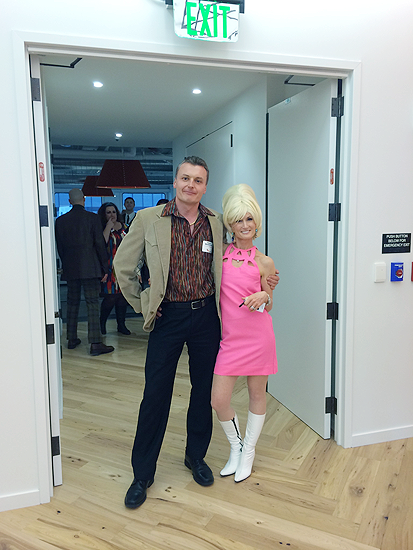 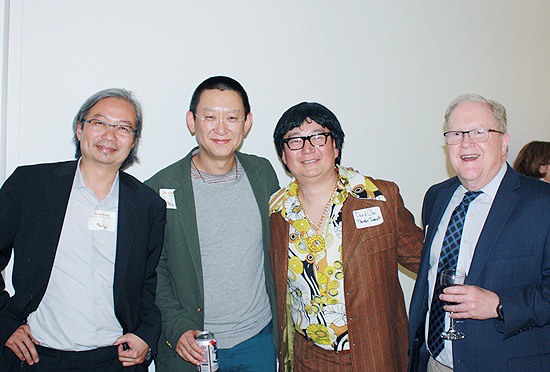 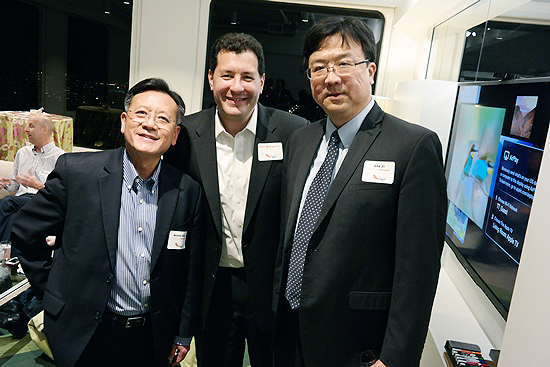 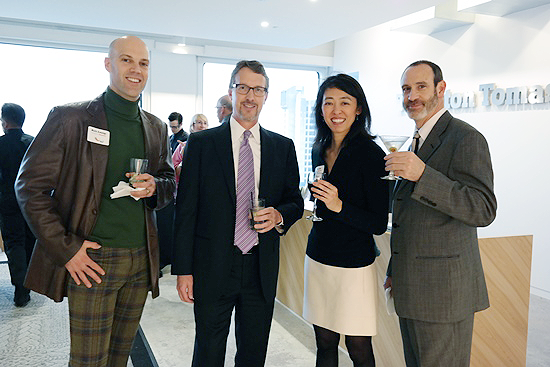