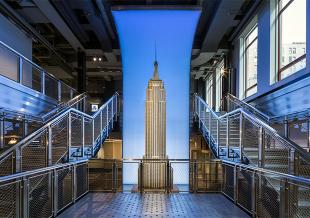 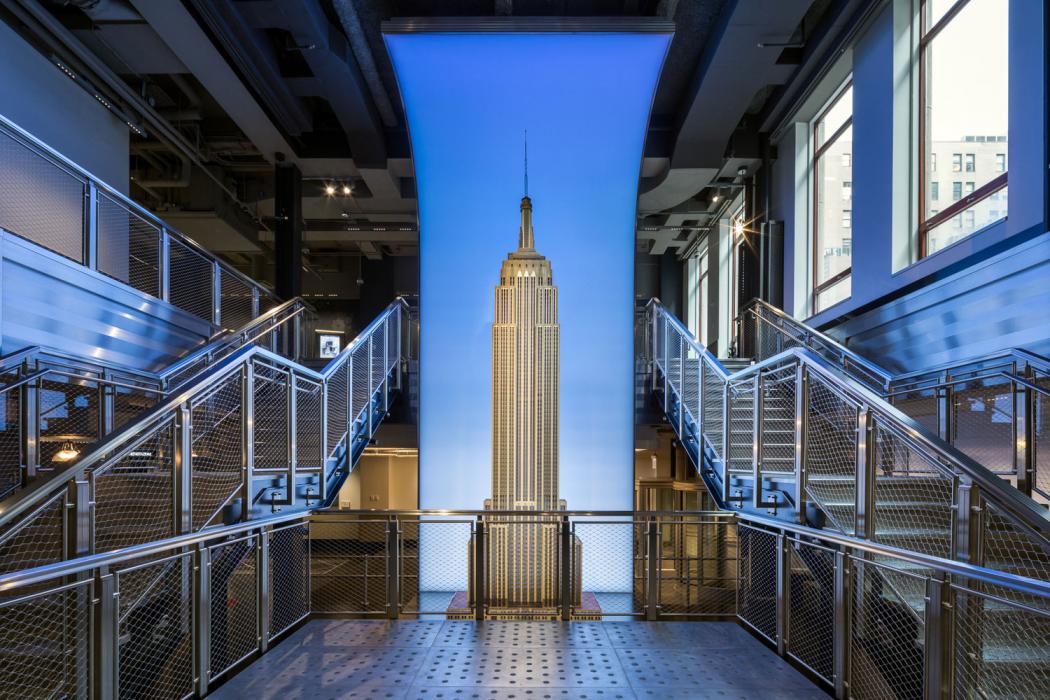 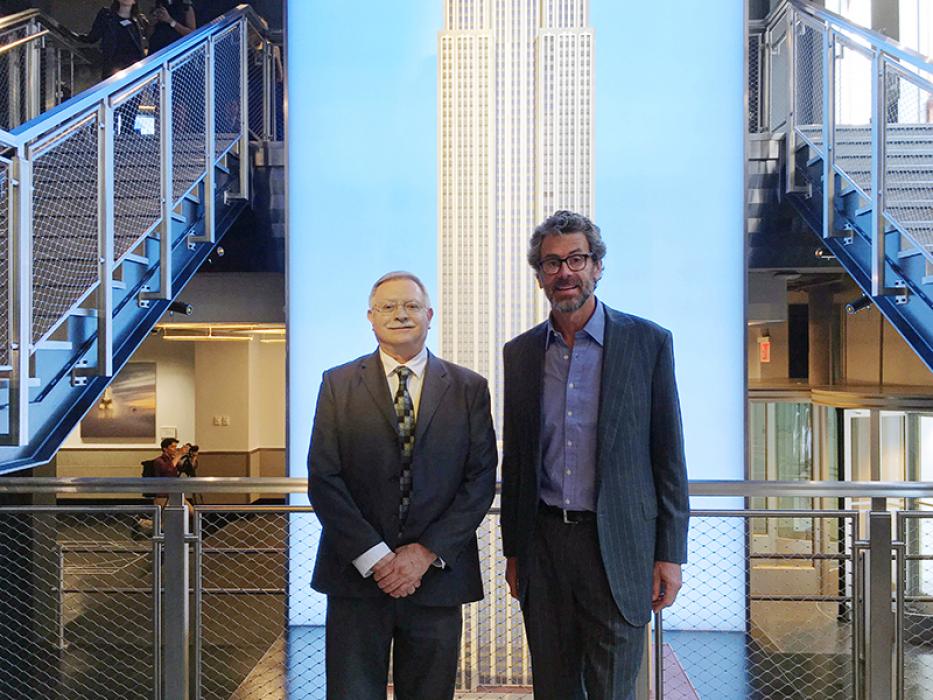 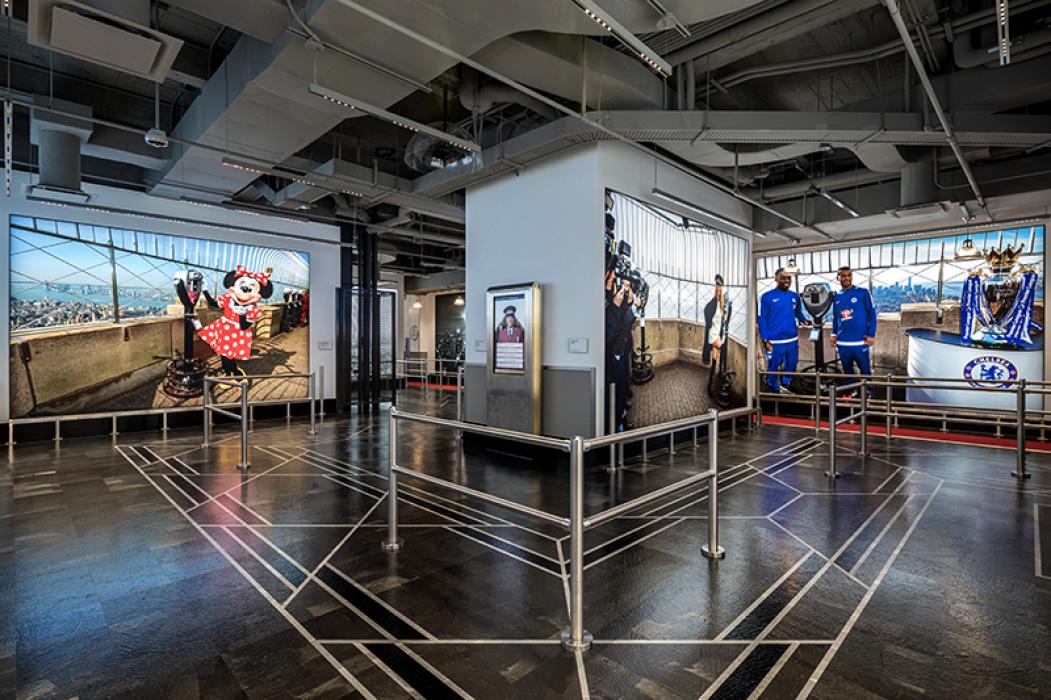 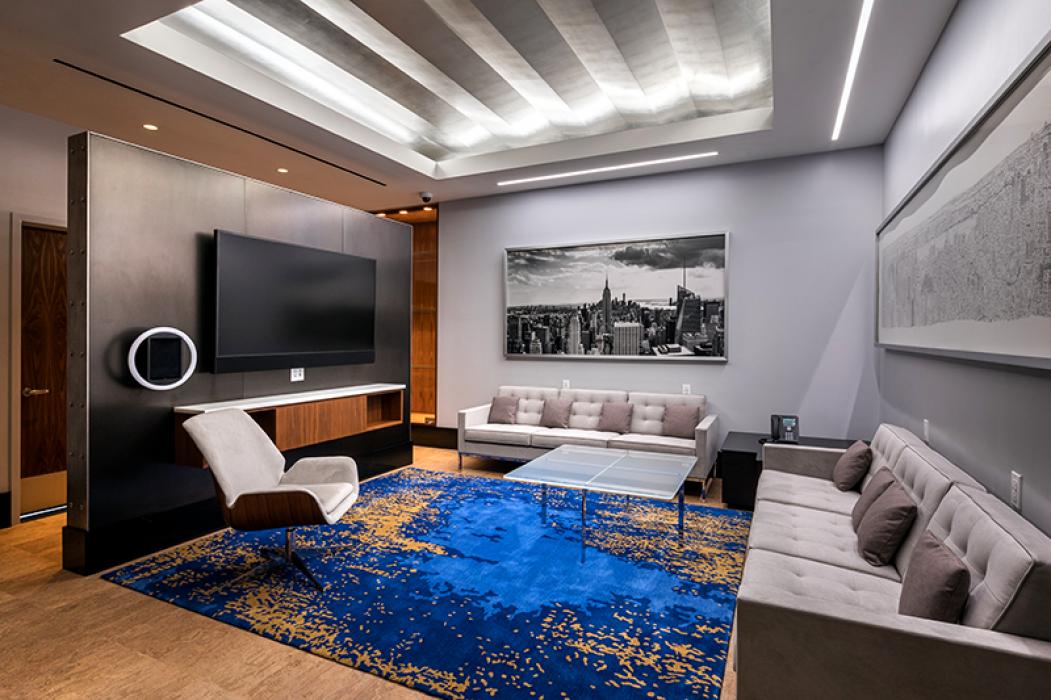 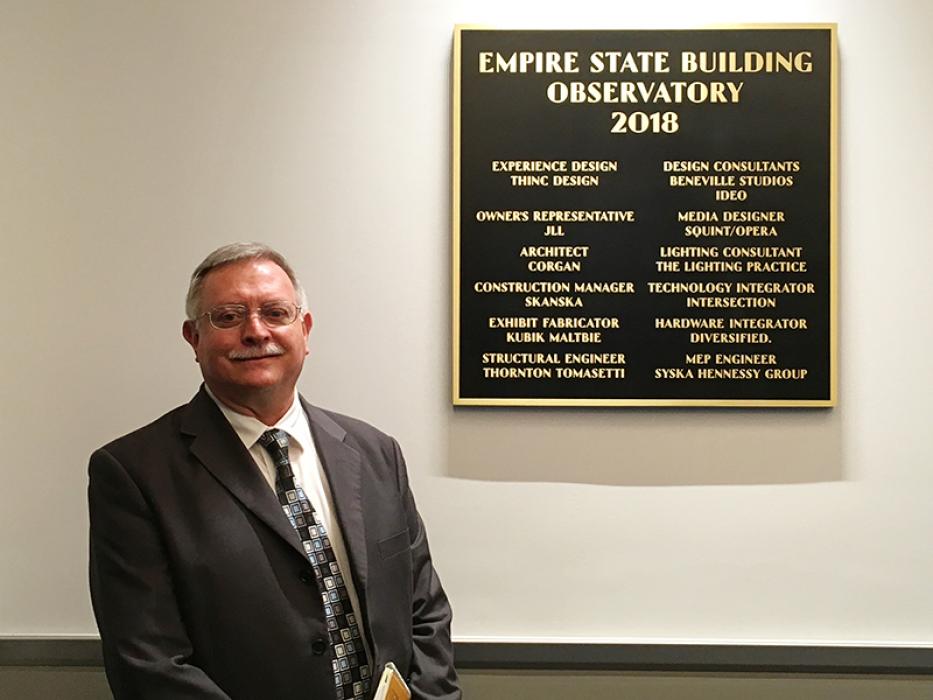 America’s favorite skyscraper now has a state-of-the-art visitors’ center. The Empire State Building recently took the wraps off a dedicated observatory entrance and public areas as part of a 10-year redevelopment effort at the 102-story New York City tower. Thornton Tomasetti, which has worked on various projects at the historic Art Deco building since the late 1980s, provided structural engineering services for the space.

“This is the culmination of a two-year coordinated effort between the design disciplines and construction trades,” said Newark Vice President Sergio Londono, who served as project manager. “Working together, we were able to achieve the owner’s objectives of creating a new and exciting guest experience while preserving the building’s architectural identity and structural integrity.”

At a grand opening event for the media, Anthony Malkin, CEO and chairman of Empire State Realty Trust, the building’s owner, said most visitors to the iconic tower remember two things: the view and the lines. The project, the first part of a multiphase upgrade of the observatory, focused on creating open, interactive guest spaces while improving the flow of foot traffic through the 87-year-old tower.

The addition of a new entrance on 34th Street will redirect the observatory’s more than four million visitors a year from a Fifth Avenue entrance also used by building tenants. The double-height lobby features high-tech touches, such as LED screens displaying photos of the Empire State Building and some of its famous guests, and interactive digital observatory hosts who share what it’s like to work at the skyscraper and other information about the building. The new space also includes self-service ticket kiosks with instructions in nine languages, a green room for visiting dignitaries, a new lighting ceremony installation, a 180-degree photo capture and a high-tech security screening area.

Thornton Tomasetti’s Newark Renewal team made way for the visitors’ center by closing large openings on the framed slabs on the second and third floors, which had once been retail space. “We had to reinforce the existing cinder concrete slabs as well as several beams and girders at multiple locations due to the impact of new imposed loads,” Sergio said. We also provided structural engineering services for the installation of two new elevators connecting the lobby’s first and second levels and the green room as well as structural support for heavy wayfinding signage, security magnetometers and Art Deco ticket booths.

The focal point of the expanded lobby is a two-story architectural model of the Empire State Building flanked by a grand staircase. Entire sections of the floor above were removed to accommodate the 20-foot model and staircase. “Two structural bays as well as beams and girders were eliminated and we had to design a structural reinforcing system for a double-height façade column,” he said. In addition, the Structural Engineering team from our New York, Madison Avenue office provided design services for the staircase, working with specialty metals fabricator Amuneal.

We also checked the floor frame capacity for the 1,274-pound model, built by Tenguerian Models, and designed the structural support for the backdrop wall. “The height clearances posed a challenge for us and for others on the project team,” Sergio said. “Available ceiling space had to house not only structural supports, but mechanical, electrical, fire suppressing, lighting, communications and security systems as well.”

The lobby design called for exposing several columns that had been encased in concrete. An intumescent coating was applied to the structural steel to provide fire protection, and our Protective Design practice provided a simple assessment of the risks associated with exposing the columns. Exposing the structural elements gives the lobby a modern look, but it also provided the team with a first-hand glimpse at 20th century materials and construction methods. “The design and construction of the Empire State Building ushered in several new techniques, many of which are still relevant today. Its ability to withstand structural modifications attests to the quality of its construction and the expertise and high-level of care taken by the project team.”

In addition to Thornton Tomasetti, the project team included Jones Lang LaSalle, Thinc Design, Beneville Studios, Ideo, Maltbie, Squint/Opera, Intersection, Diversified, Corgan, Skanska, The Lighting Practice and Syska Hennessy Group. “There was an incredible level of collaboration on this project,” Sergio said. “This enabled us to produce an amazing space that exceeded the owner’s expectations while overcoming technical, scheduling and budgeting challenges.”

The entire observatory renovation project is slated for completion late next year, and future phases will be unveiled to the public as the work progresses. While the details remain a closely guarded secret, Sergio hinted that there are some unexpected surprises yet to come. “The Empire State Building experience combines great views with state-of-the-art technology and other modern touches. There is no other place like it in the world.”