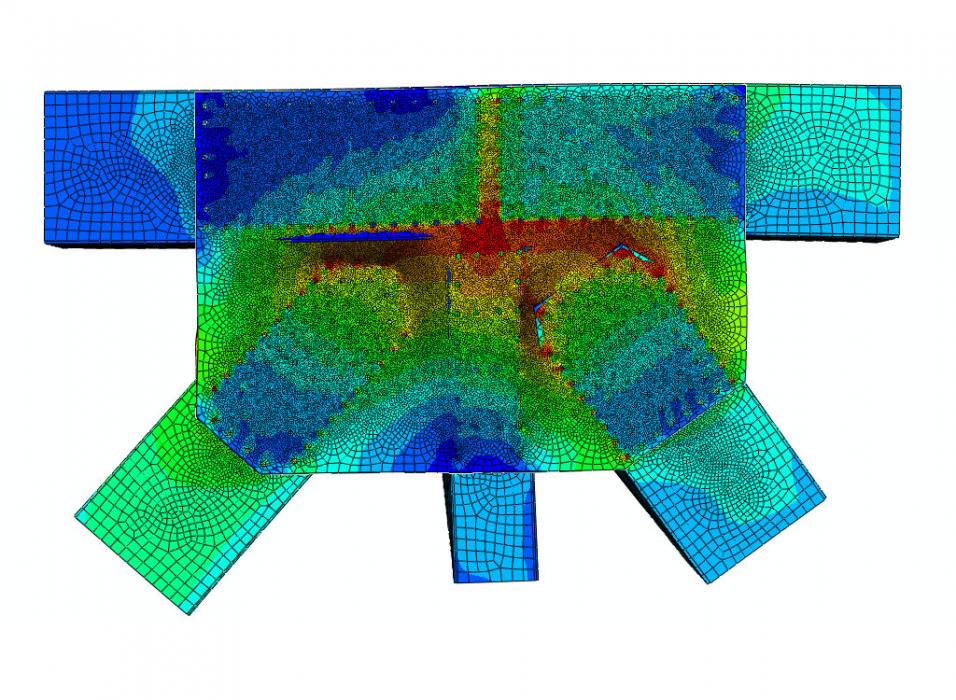 The I-35 West Bridge in Minneapolis Minnesota collapsed on August 1st, 2007 at 6:04 pm killing 13 people and injuring many more. A nearby security camera captured a video of the collapse. In order to determine the cause of the collapse, a set of analysis results using finite element models and hand calculations were combined into one non-linear model to simulate what occurred on the day of collapse. The collapse model contains the non-linear material properties, loading scenario and ﬁndings from the inspection history of the bridge. As such it captures the actual demands upon and actual capacities of the bridge prior to collapse. This combination of a priori and a posteriori knowledge was used to drive the analysis and trace the actual behavior at its various bifurcation points. The results from the analytical model compare well with the video, which helps to verify the collapse initiation theory. The completed collapse model proved to be a valuable tool for comparing various theories as to the cause of the collapse, and confirmed that the theory presented by the National Transportation Board does not tell the whole story.