Each year we solicit innovation ideas from across the firm and incubate selected ideas within CORE. This leads to solutions that benefit our clients, or ideas that might be spun off to TTWiiN, our incubator, for further development and potential commercialization. 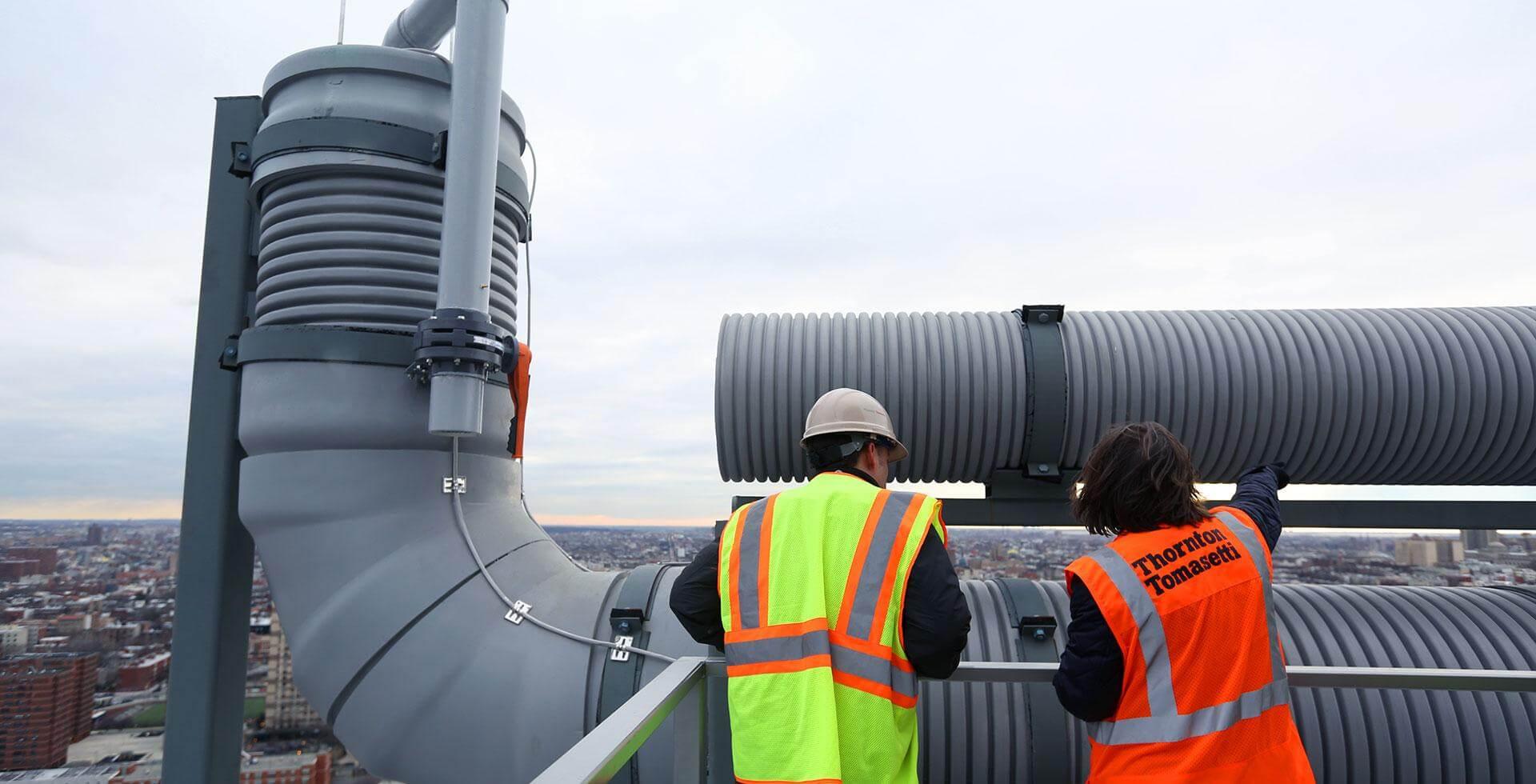 Mirar
If a picture is worth a thousand words, a 3D model is worth a million. Mirar lets you view shared BIM and analysis models of your projects on any web-enabled device.

Swarm
Swarm brings the power of parametric design to a much wider community by providing a market where computational designers and application developers can share their Grasshopper definitions as self-contained Swarm apps that run in the cloud.

T2D2
How do you simplify material-failure detection? You teach a computer to do it. T2D2 automatically detects visible damage in concrete, steel and masonry structures.

Thread
Thread, offers a wide – and growing – array of interactive charting, data visualization, and control widgets that make it easy to find the most informative way to display and learn from project data.

Jasso
In conventional shock testing, you bring the thing to be tested to a shock testing facility. With JASSO (named after a god of thunder) the facility comes to you, saving time and money. Developed as a CORE Lab R&D effort, our patented JASSO technology is a portable shock test machine capable of testing individual pieces of equipment or live explosive ordnance up to 5 tonnes and 6 meters long. It provides an alternative to traditional fixed shaker or drop-and-shock machine tests. The JASSO machine uses an airgun-based solution that provides a more realistic, tunable underwater dynamic shock pulse.

FacilityBlast VCE Software
Easier and faster to accurately assess hazards and the consequence of vapor-cloud explosion (VCE) accidents. The fast-running tool uses computational fluid dynamics analysis to account for channeling and shielding effects in a fraction of the time needed for conventional turbulent-combustion modeling. Dramatic improvement in estimating applied blast loads to the entire building envelope compared to traditional single-building overpressure assignments based on line-of-site methods.

Seismic Cloaking with Metamaterials
Building on concepts developed for the US Office of Naval Research, we explore how specially designed arrangements of conventional materials – “metamaterials” – can create radically new and better performance against seismic hazards. Combining computational physics, mathematics and structural engineering, we are exploring how metamaterials move under seismic excitation, and how they store energy in their deformations. The ultimate idea is to develop ways to protect buildings from seismic waves, as depicted in the image, in which a wave train is bent around an object by a metamaterial.

Hummingbird
Adapting NASA technology developed to mitigate vibration in rockets, this liquid damping technology is a compact solution for controlling wind-induced motion in tall buildings. The modular design allows the technology to be custom configured to each building, freeing up high-value space on upper floors. Developed by Thornton Tomasetti, Hummingbird is an independent company co-owned by Thornton Tomasetti and RWDI.

VistaMat Suite
This suite of constitutive models, developed initially for the U.S. Office of Naval Research, addresses various problems: automated data processing and calibration of multiple plasticity and ductile-fracture models; models for reliable and efficient ductile-failure prediction for large-scale shell structures, and simulation of the behavior of structures exposed to fire and other thermomechanical loads.

Responsive Cladding
Applying computational fluid dynamics, we are learning how to control and minimize wind forces acting upon a high-rise structure by designing moveable and dynamically responsive building envelope components. Modeling results show the approach controls vortex formation, reduces wind-induced vibration and reduces overturning forces. The concept can also be applied to other structures adversely affected by vortex-induced vibration, including chimneys and masts/antennae.

Life Sciences Virtual Reality
We are developing virtual reality applications to help clinicians visualize various biological systems for training and decision making. This is one of the first efforts to use dynamic, physics-based simulations in a highly interactive and immersive environment. In this example on the zSpace platform, the color contours depict the pressure distributions in the brain and other tissue following an impact to the head.