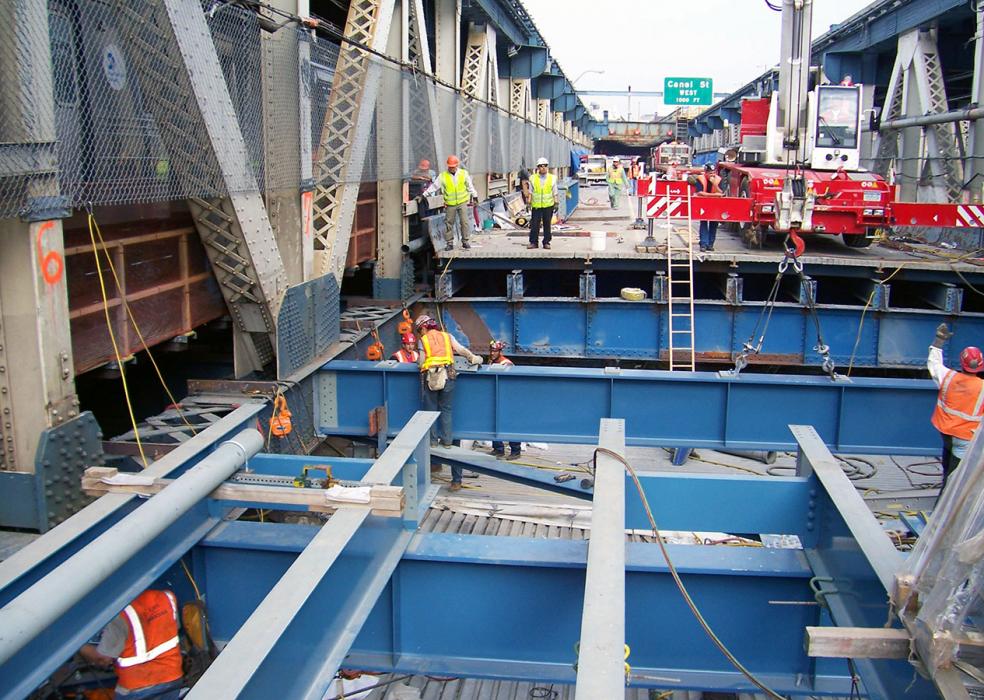 Accurate prediction of instantaneous and time-dependent deformation of superstructure in-span hinges is important for preventing a mismatch of bridge decks. Time-dependent deﬂection of in-span hinges hinge curl in posttensioned bridges depends on the construction sequence and the material time-dependent properties. Structural analysis software is an important tool for estimating time-dependent deformations. Computational modeling was conducted to calculate the hinge curl in posttensioned bridges considering two approaches, the spine model and the three-dimensional ﬁnite-element model. Both modeling approaches estimated well the actual deformation behavior of the bridges. Based on the measured and computational data, a new simple method is proposed in this study for estimating the hinge curl during and after construction. The computational results were in good agreement with those estimated using the proposed simple method. Parametric studies on the effect of geometrical changes revealed that horizontal curvature and skew angle have a minimal effect on hinge curl.