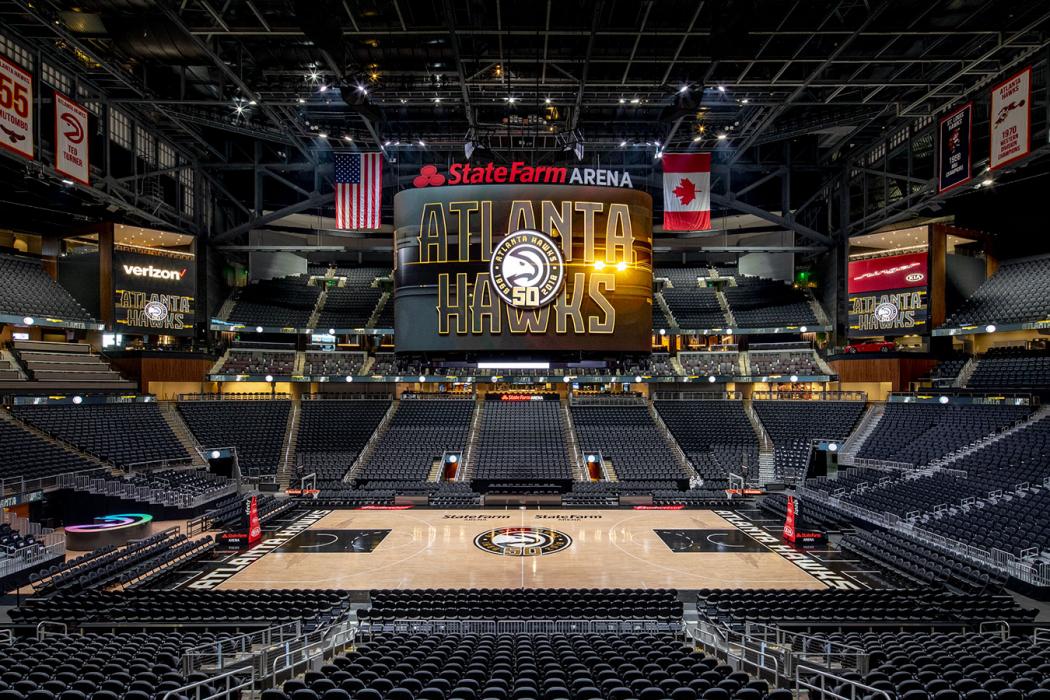 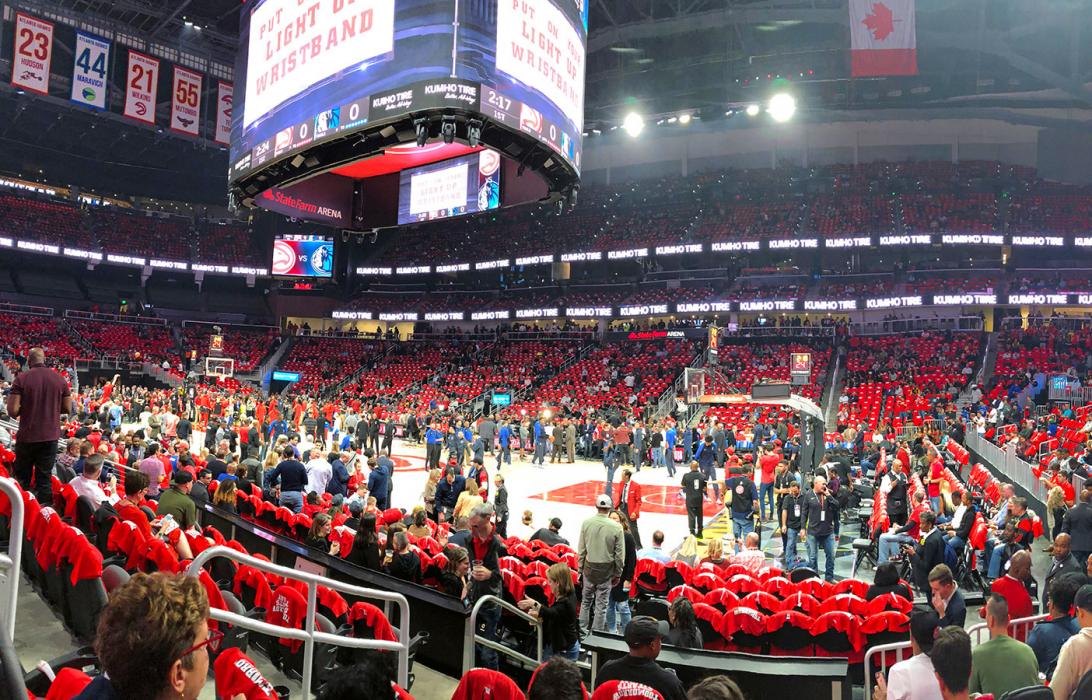 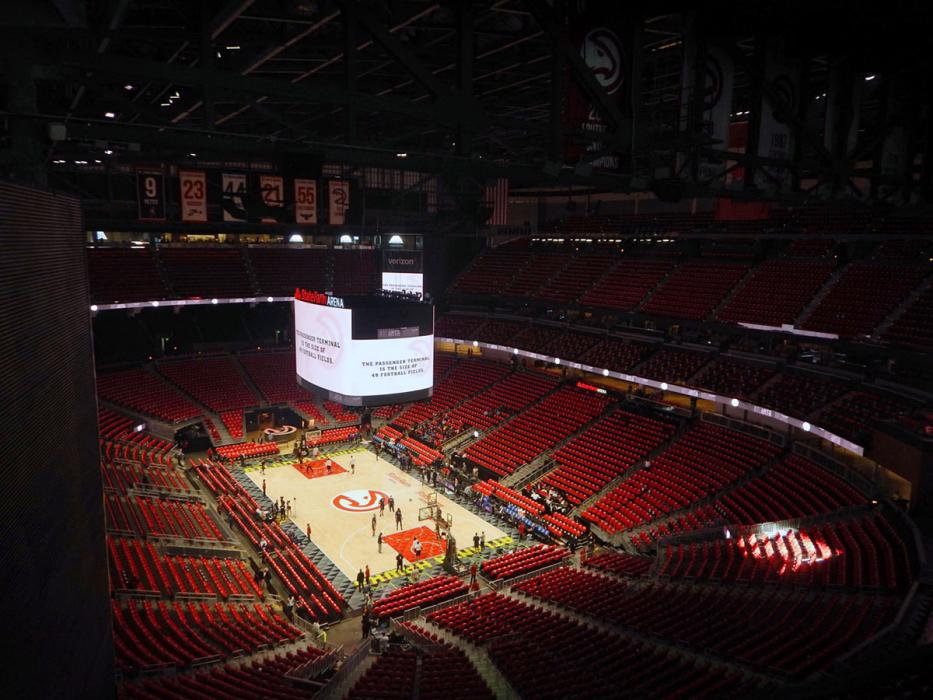 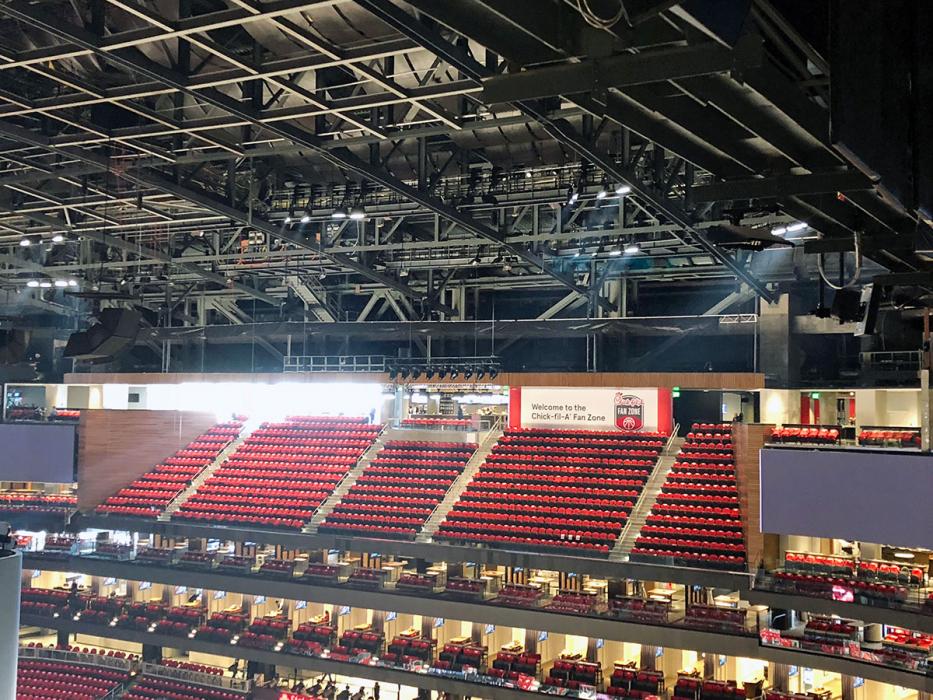 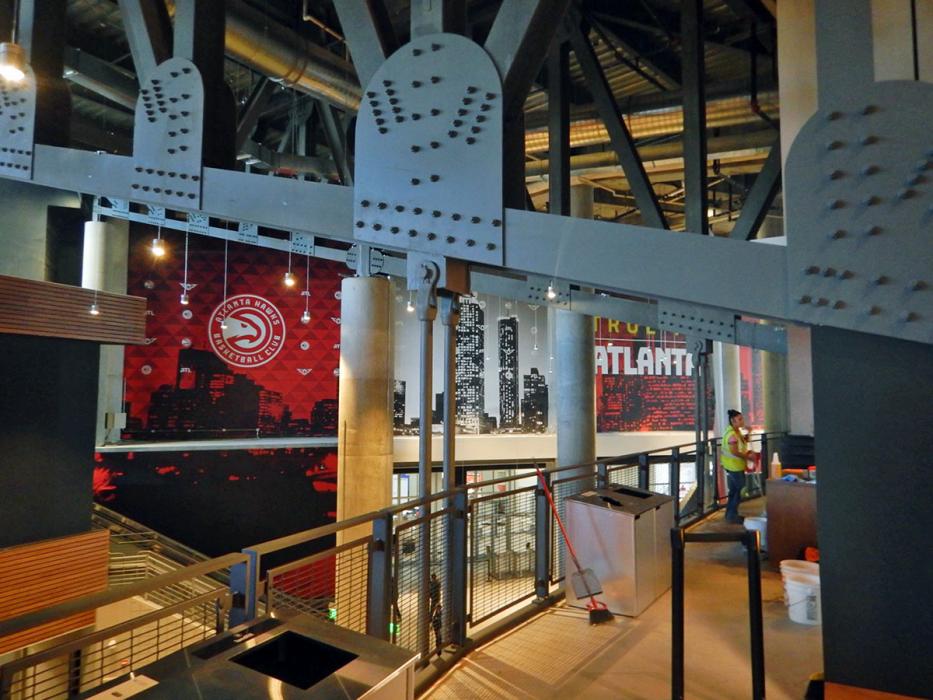 Even before the ball was tipped for the Atlanta Hawks’ first game of the 2018-19 NBA season, the team had already scored a major win. The Hawks kicked off the season welcoming a sold-out crowd to its newly renovated, state-of-the-art home, State Farm Arena.

Designed by HOK with Thornton Tomasetti providing structural engineering services, the arena reopened in October after an extensive renovation. According to the NBA, it is the second largest renovation in the league’s history, behind the 2013 revamp of New York’s Madison Square Garden. The 20-year-old facility, formerly called Philips Arena, was originally also designed by Thornton Tomasetti. It was the world’s first LEED-certified NBA/NHL arena when it opened, and includes a host of innovative features, which this recent upgrade improved upon to bring it into the 21st century.

The arena was unveiled to the public on October 20 with an open house party, which was followed the next day by its first event since the renovation, an anniversary concert for recording studio So So Def. The Hawks’ first regular season home game against the Dallas Mavericks took place three days after. (The Hawks won 111-104.)

A major goal of the project was to create premium amenities throughout the venue at every price point. The first phase of renovations, completed during the Hawks’ 2017 off-season, removed the upper levels of the suite wall and reduced the number of suites, which were often left unsold, from 90 to 40. A courtside club was also added behind one of the baskets. The more extensive second phase of renovations in 2018 created new premium seating, connected 360-degree concourses and added a new center-hung videoboard that is three times larger than its predecessor as well as new videoboards in the corners of the upper decks. Many of the walls that blocked views of the court from the concession areas were removed, while more than 100,000 square feet of office and storage space was repurposed for visitor use. The project also added new dining options, featuring local cuisine and other unique amenities, like a barber shop operated by Atlanta rapper Killer Mike and Topgolf Swing Suites with virtual indoor golf.

“The renovation made a huge impact on the 20-year-old arena,” Bahadir said. “By removing obstacles and adding new floors and seating, appealing, functional and efficient spaces were created out of the underutilized areas. We were amazed and very happy to see the results of our team’s work at the Hawks’ first game.”

“This was one of my favorite projects to date at Thornton Tomasetti,” Mark said. “The collaboration between our offices and the rest of the design and construction teams was inspiring, especially when we jacked the roof to remove existing columns. Getting to watch the arena in action during a game was truly a sight to see.”

Meting the ultra-fast track construction schedule was facilitated through the use of BIM to model existing and new framing, connection details and integrated 3D laser scan results for faster coordination, fabrication and erection. Thornton Tomasetti’s project team consisted of Chris Christoforou, the engineer of record, and Bahadir Ekinci in Newark, and Gary Storm, the engineer of record for the roof, Mark Johnson, Kurt Henkhaus and Bradley Prewitt, who worked on the transfer truss and rigging enhancement in Kansas City. Sykes Consulting, Inc. was the local engineer of record.

With the renovation, the Hawks have extended their lease until 2046, ensuring that the state-of-the-art arena will be taking the team and its fans well into the 21st century.