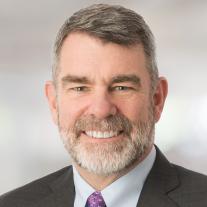 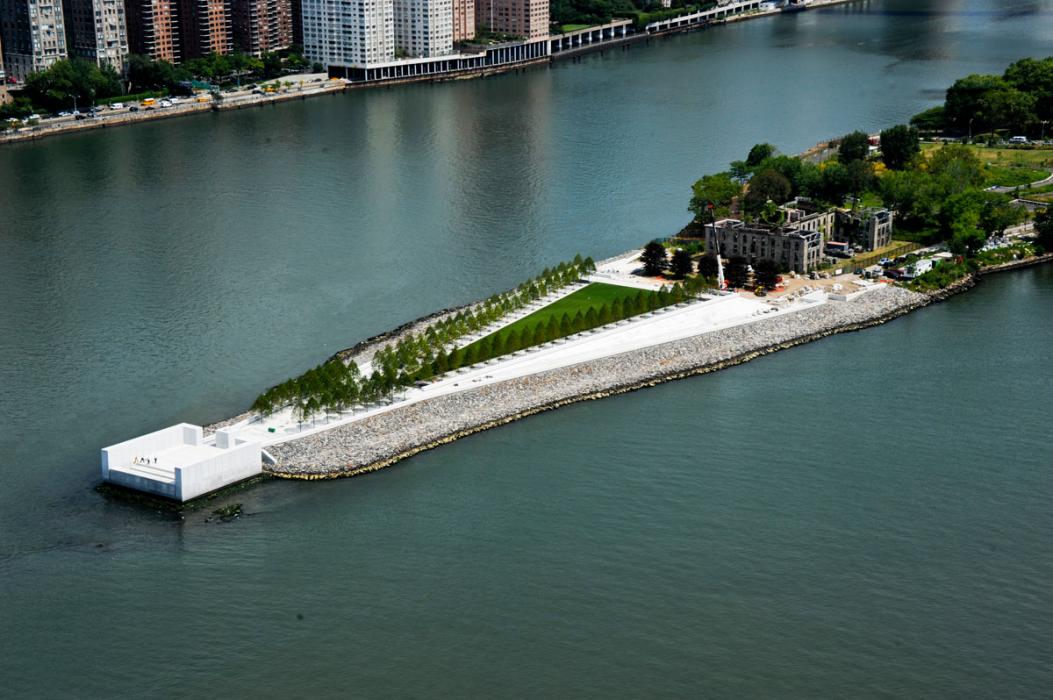 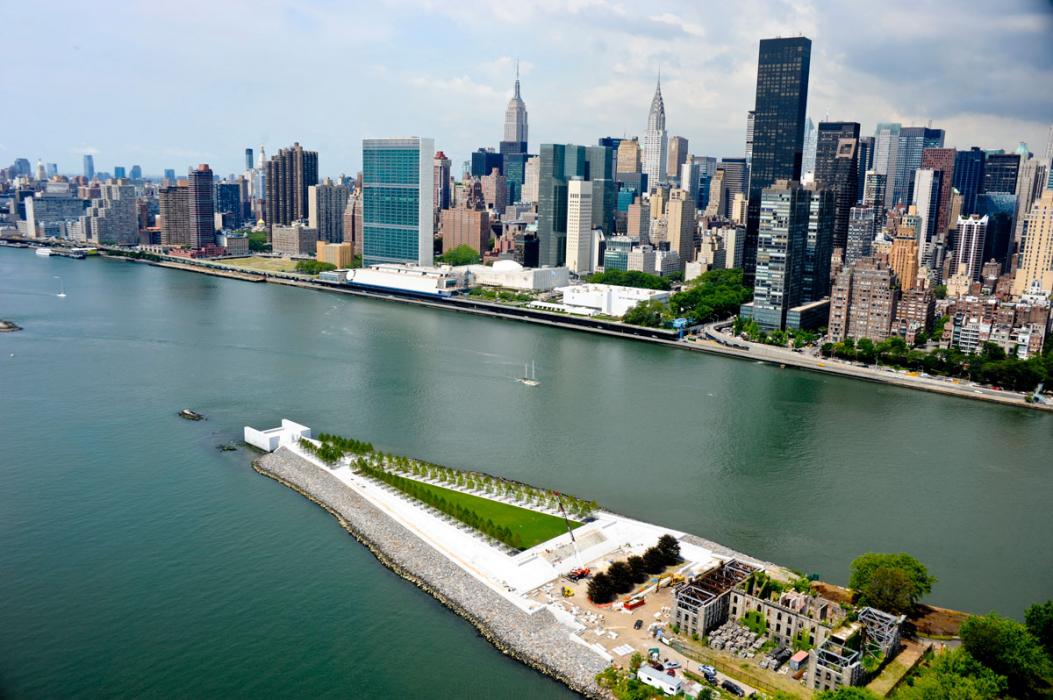 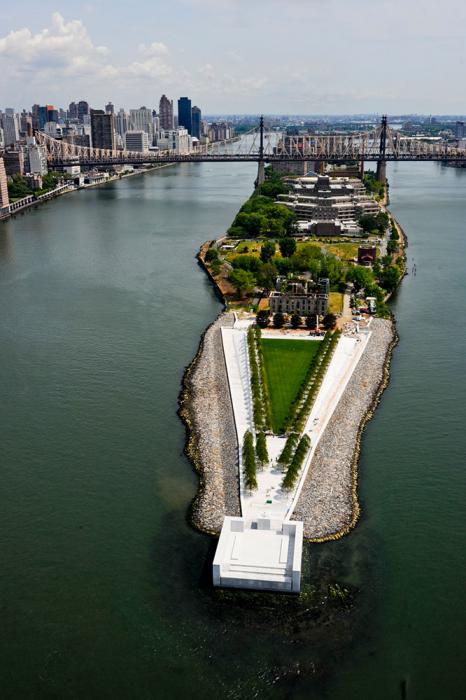 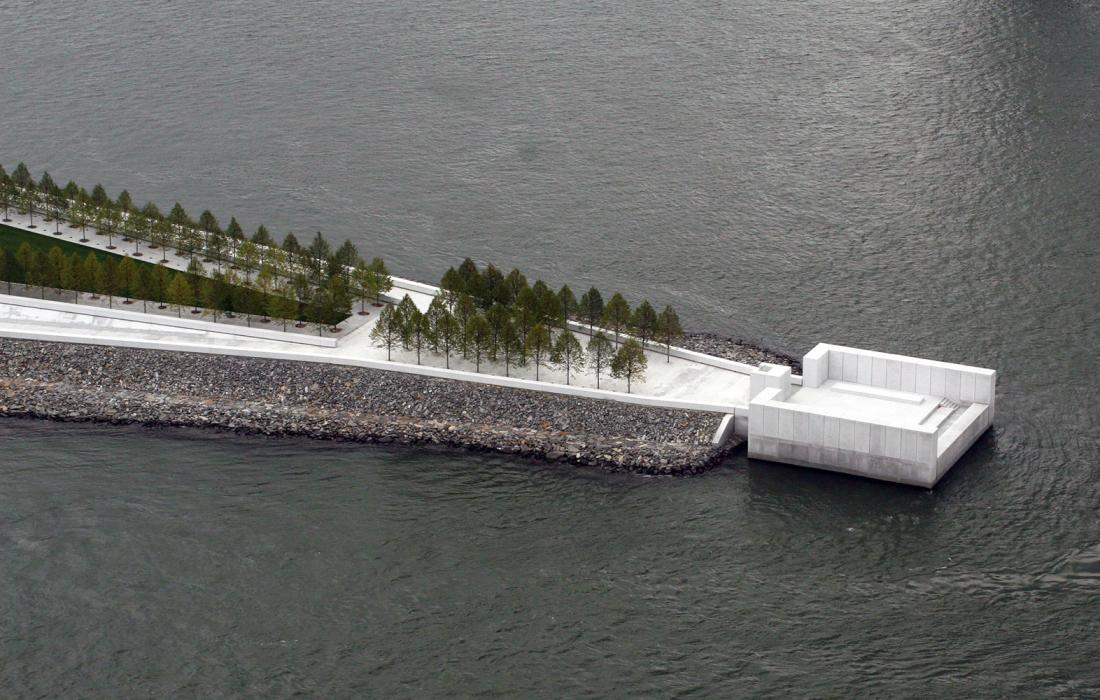 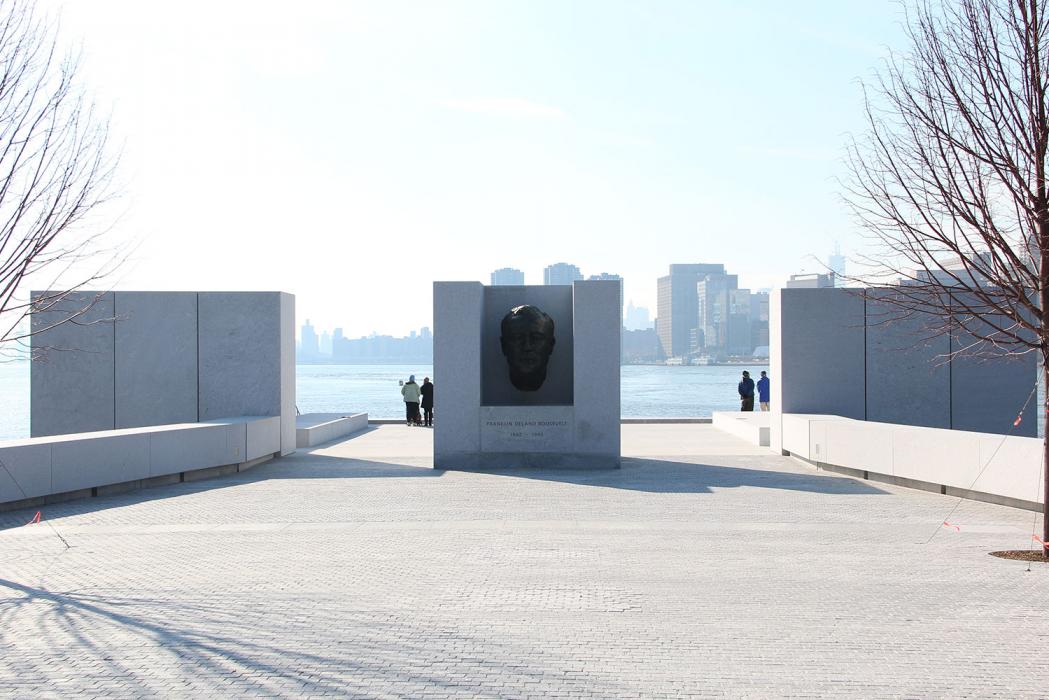 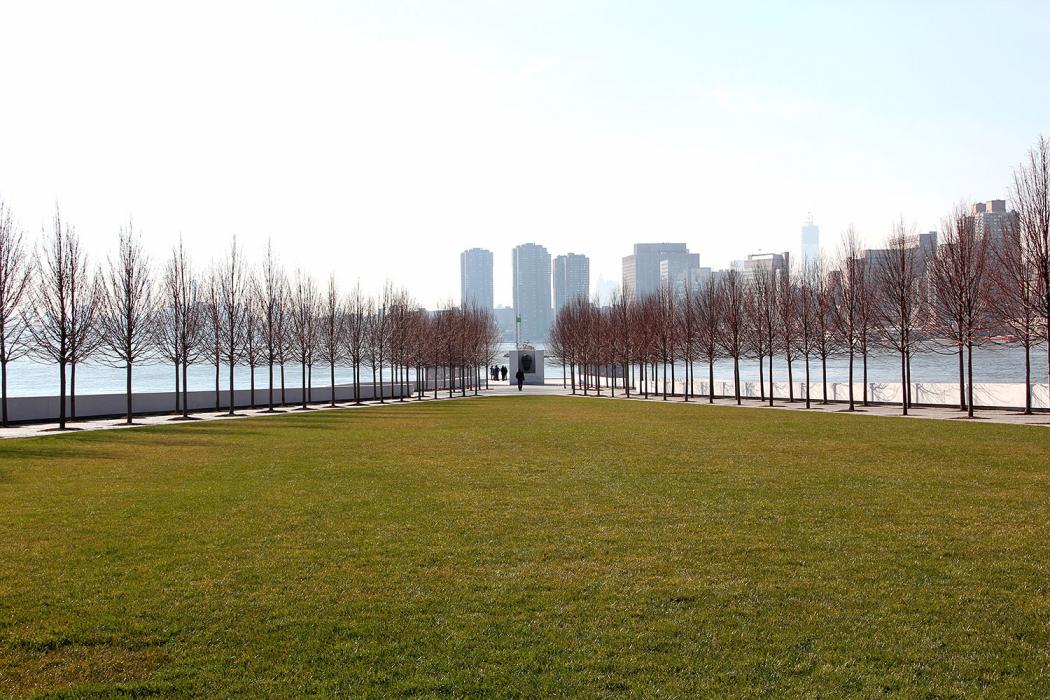 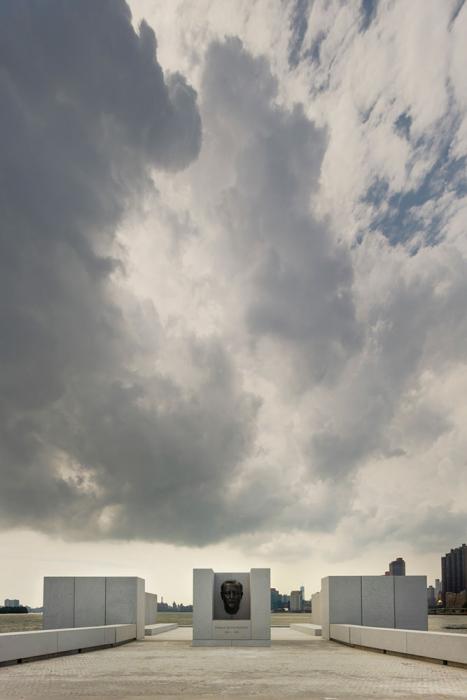 Located at the southernmost tip of New York’s Roosevelt Island, the Franklin D. Roosevelt Four Freedoms Park celebrates the president's "Four Freedoms" he described in his 1941 State of the Union address. The four-acre park, which was the final work of architect Louis I. Kahn, includes a monumental staircase leading to a triangular garden, which is flanked by linden-tree allées.

We provided structural design services to FDR Four Freedoms Park LLC for the park, which opened in 2010.