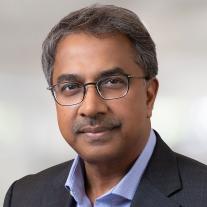 When a new $100 million grant was received for the OSUCCC–James, it made it possible for an additional floor to be added to accommodate a radiation oncology center – though it was well after construction had commenced. The decision to locate the center on a new above-grade floor was driven by the fact that the hospital was located in a flood plain. The addition of a new floor meant that other hospital functions as well as mechanical, electrical and plumbing systems would need to be relocated and redesigned. Not to mention that the steel fabricator, Cives, had also already procured all wide flange steel from the mill and had completed fabrication up to the sixth floor. 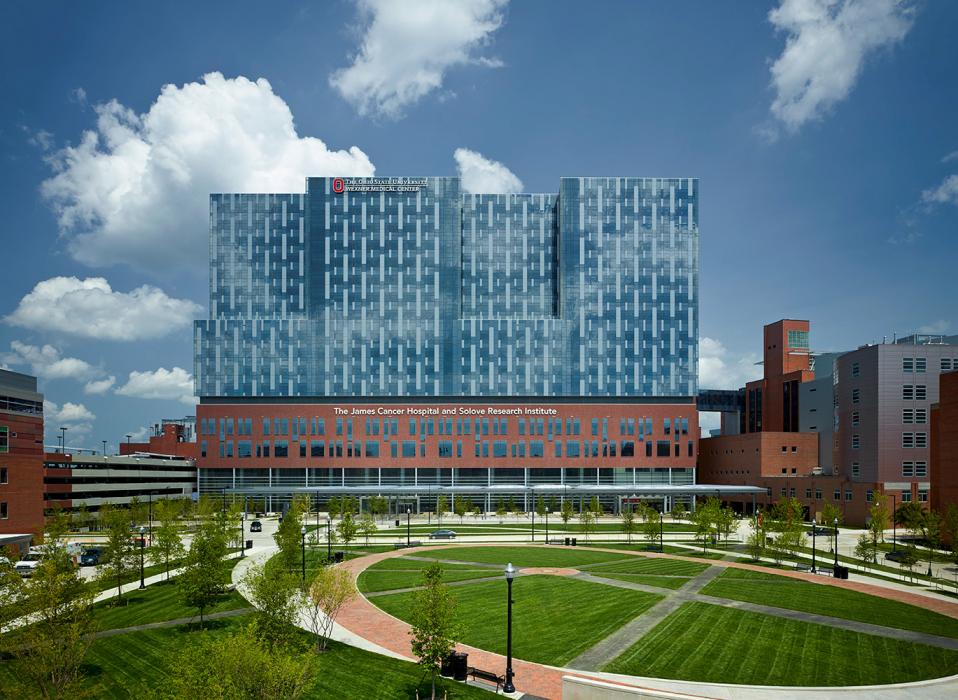 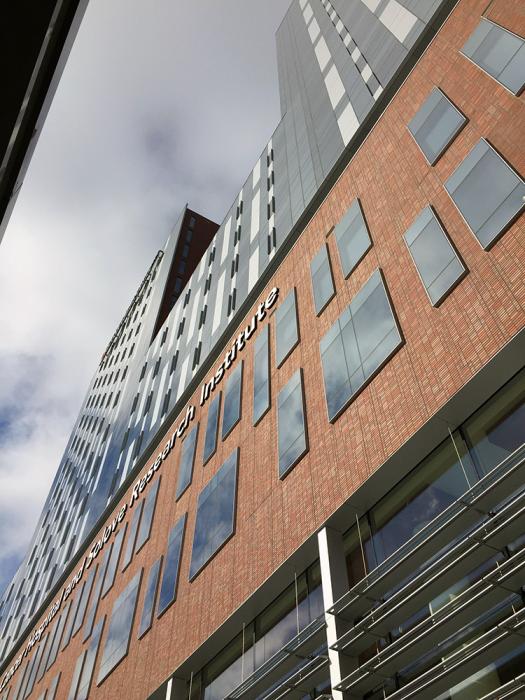 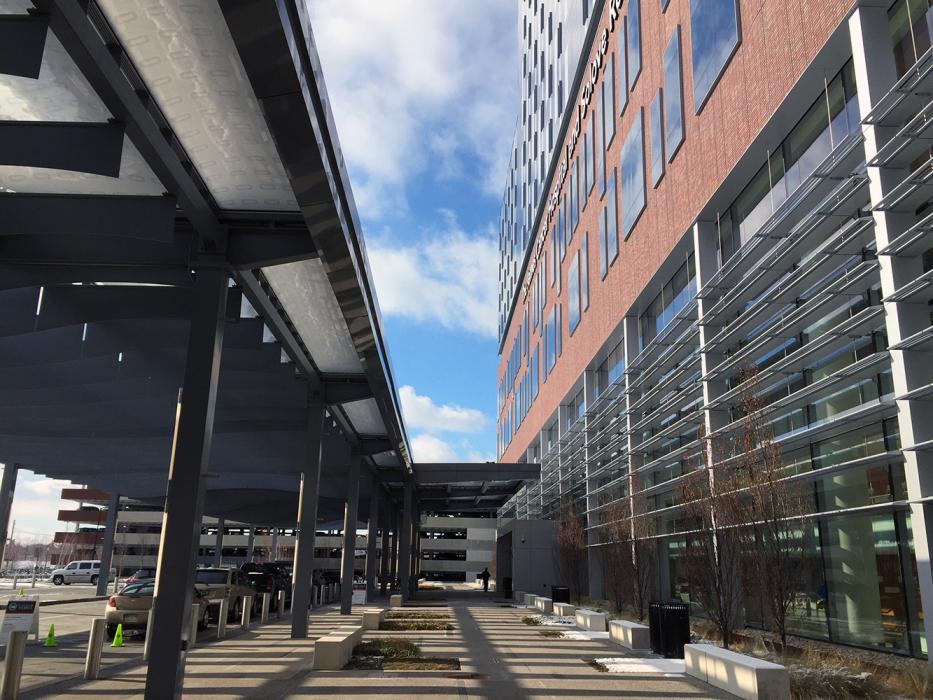 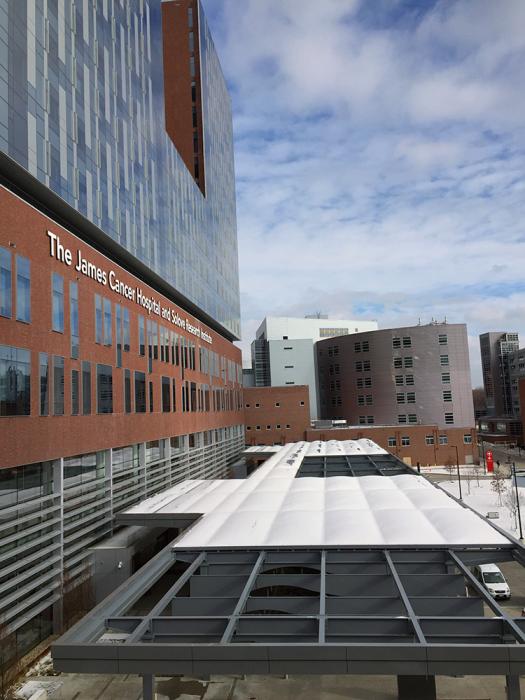 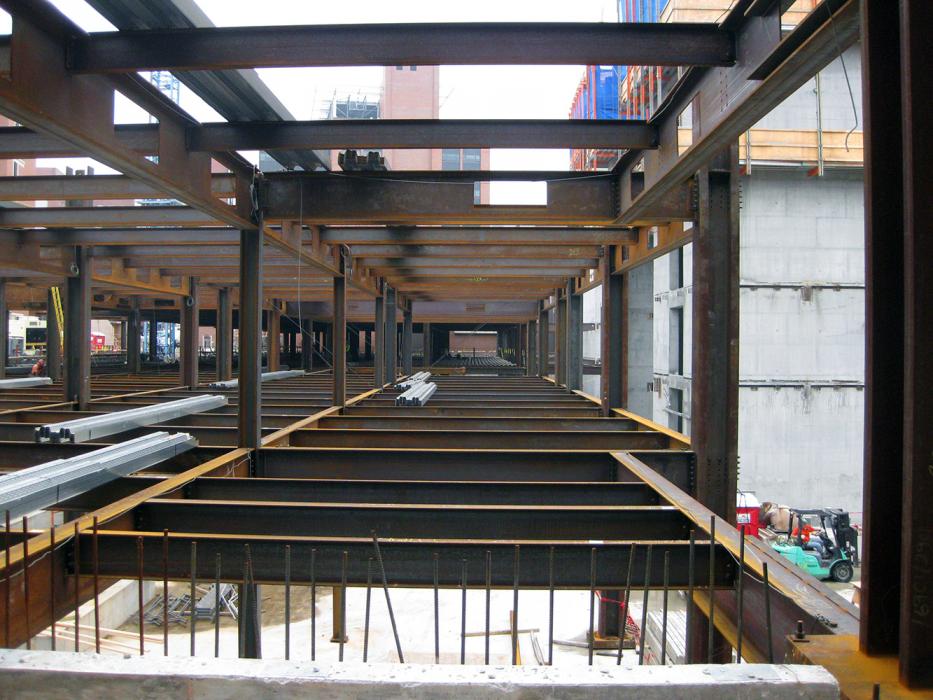 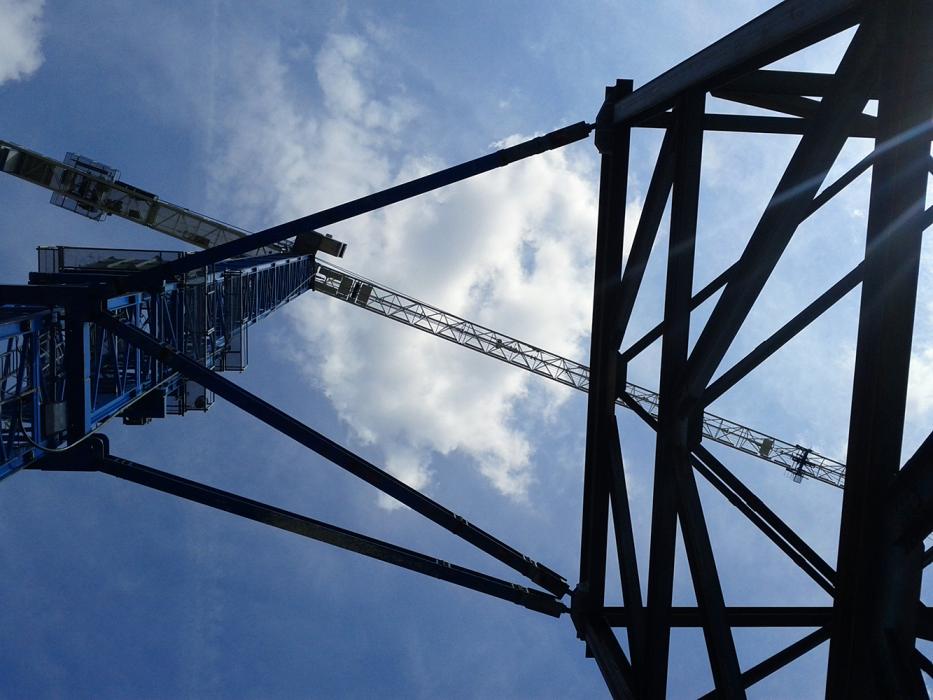 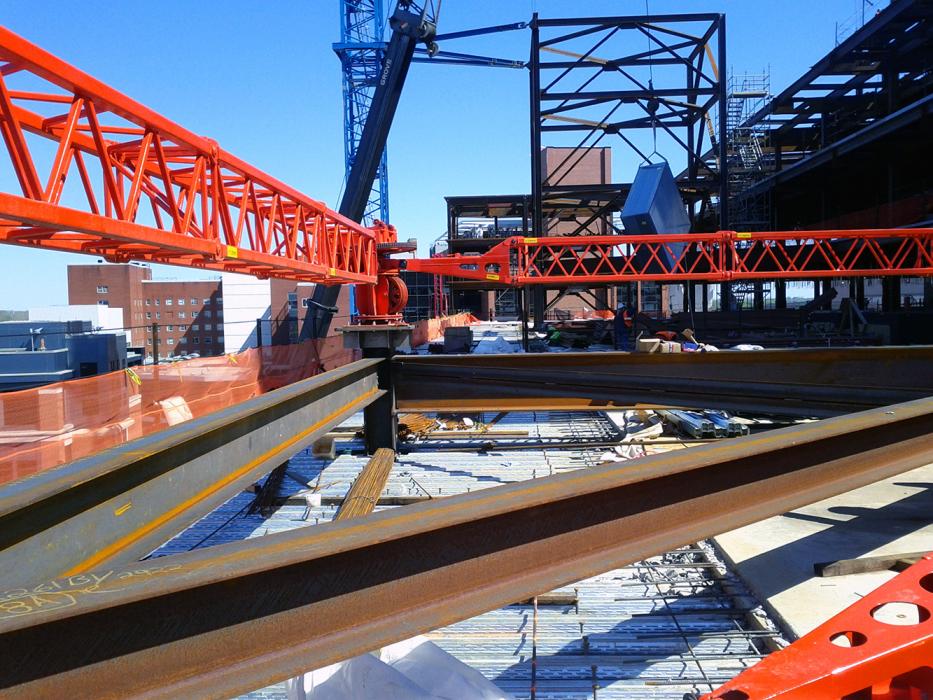 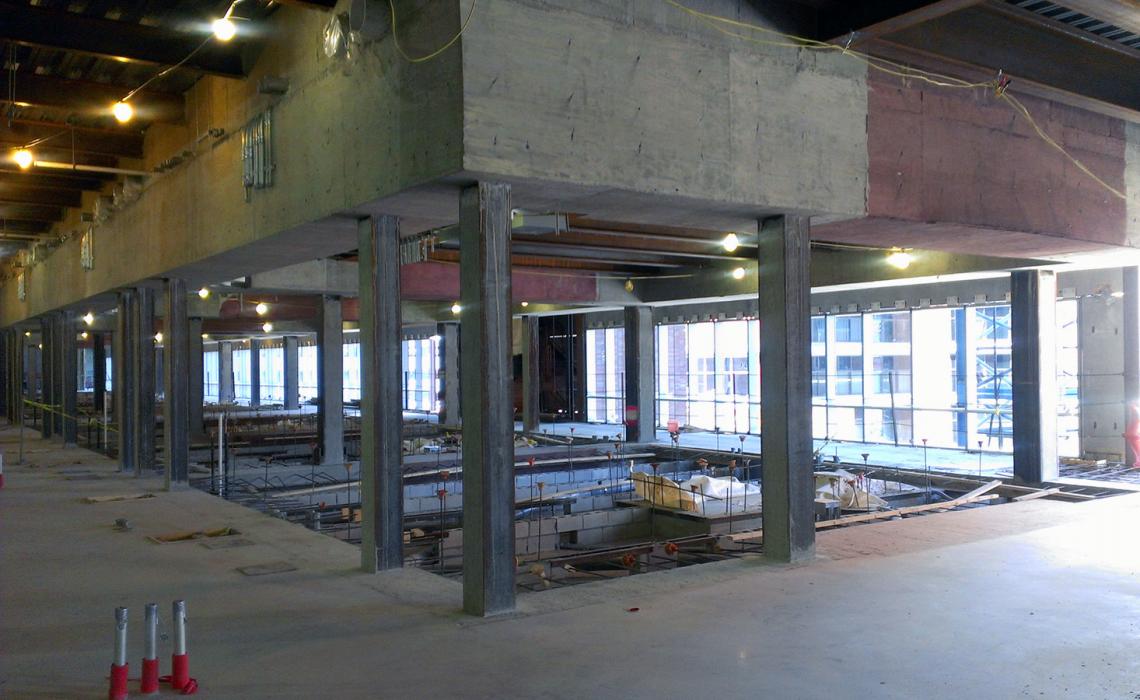 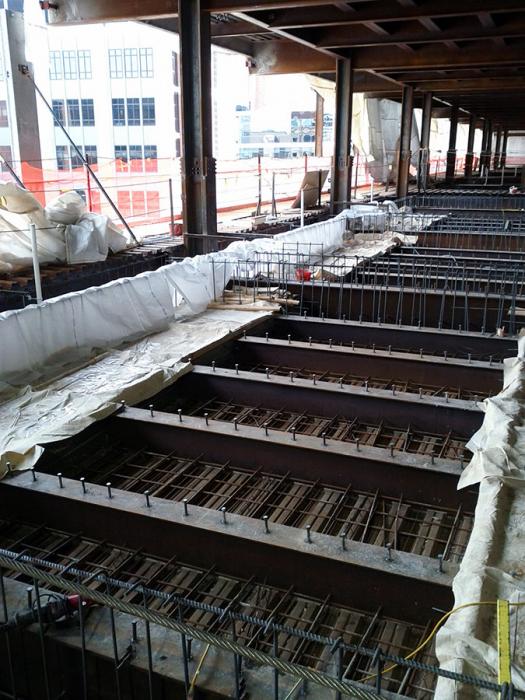 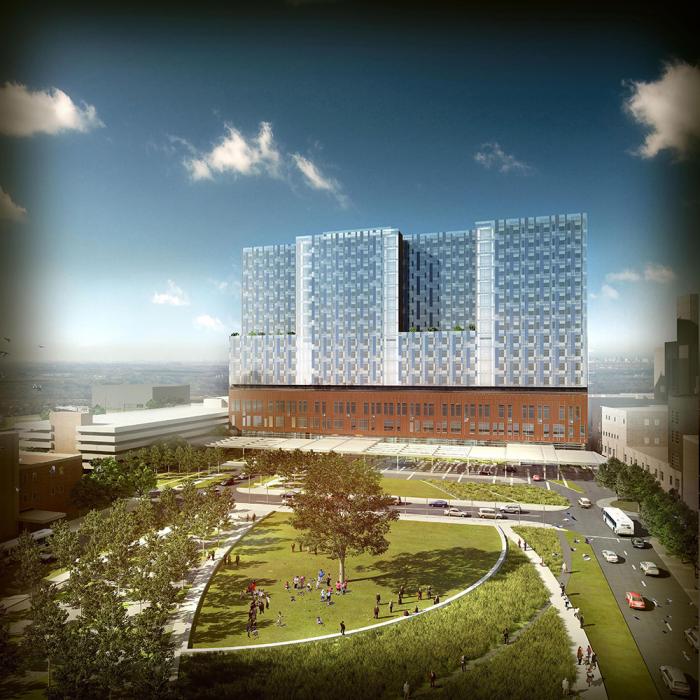 With steel fabrication completed through the sixth floor and detailing through the 11th, it was necessary for us to develop a strategy to re-design the structure so that most of the steel could be re-used. Working in close collaboration with Cives, we developed a coordinated column schedule to maximize the use of original material. Only 17 of the 825 impacted column members were ultimately deemed unusable. More than 3,000 pieces of fabricated steel for the floor framing were also reworked into the new design. At locations with new strength and serviceability requirements, previously fabricated beams were reinforced with plates and T-sections, while surplus “scrap” steel was used wherever possible.

The seven linear accelerator vaults on the new second floor required concrete floors, walls, and ceilings over four feet thick for shielding, which in some areas was twice as heavy as normal weight concrete. Shoring these concrete elements through the ground floor to the basement level would have severely disrupted the schedule. Instead, we developed a unique framing system that allowed the shielding concrete to be cast entirely from above, eliminating the need for concrete shoring.

An approximately 90-foot-long multi-level bridge connects the new facility to the Rhodes Hospital to the east. However, the earlier hospital’s structure did not have the reserve capacity to support the weight of the new bridge. Working closely with the design team and owner, new support columns were located and carefully threaded through a portion of the hospital, which remained operational during construction. 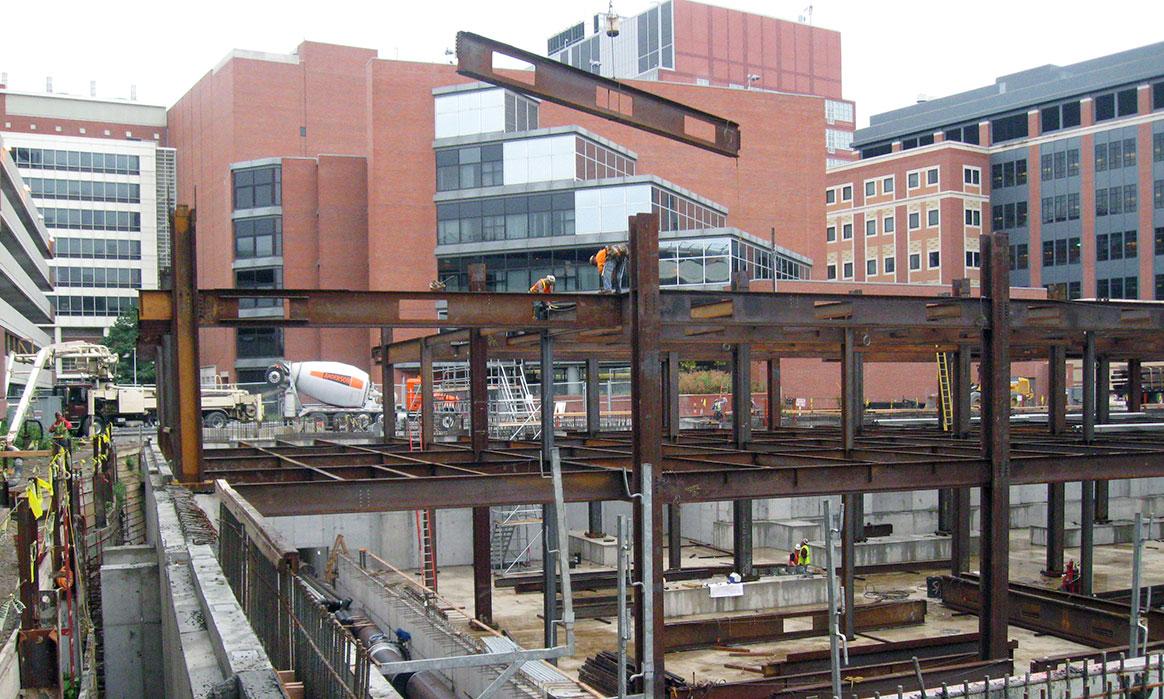 A Quick Tour of the New James

The 20-story, 1.1-million-square-foot The James Cancer Hospital and Solove Research Institute opened in December 2014, becoming one of the tallest hospitals in the U.S. It has consistently ranked as one of the top hospitals in the nation for cancer care by U.S. News and World Report. Some nimble yet very careful collaborative thinking between the design and construction teams, timely decisions by the owner, and the versatility of the building’s steel superstructure proved essential in accommodating the extra “bonus” floor and delivering the facility on schedule. 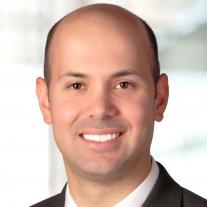