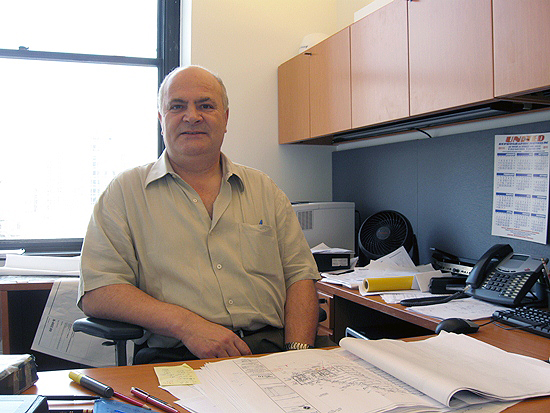 New York Vice President Lee Petrella died on Monday, Aug. 20 after a long illness. He was 54 years old. Petrella, known to many of his colleagues as Big Lee, had been with the firm for more than three decades.

Known as an engineers’ engineer who was meticulous in his work, Petrella was a licensed Professional Engineer in New York and a member of the American Society of Civil Engineers and American Concrete Institute. He was the recipient of the James F. Lincoln Arc Welding Foundation Bronze Award in 1987.

Thornton Tomasetti is in the process of setting up a paid summer internship program in association with City College of New York in Petrella’s memory. Additional information about the program will be announced once the details have been finalized.

Petrella’s exceptional engineering skills and knowledge of the craft, his willingness to help others, his sense of humor and his longstanding role as tug-of-war anchor at the summer outings will not be soon forgotten by his colleagues and friends, several of whom have shared their memories of Big Lee.

Tom Scarangello, chairman and CEO: Lee was one of the smartest, hardest working and most patient engineers that I have ever met. He was not typically a client-facing team member, but his extraordinary technical skills gave the project team its secret weapon; one that gave you the confidence to tackle the most complex challenges. His legacy of working on groundbreaking projects is matched only by the long line of Thornton Tomasetti engineers, myself included, that he tirelessly mentored and supported.

Aine Brazil, vice chairman: Lee Petrella sat in the cubicle behind me when I first joined Thornton Tomasetti in 1982. It was obvious from the first day that Lee was respected for his technical understanding of structures. He was generous with his time and his technical expertise for ANYONE who asked for his advice. In those early days, Lee worked checking shop drawings. I would hear him muttering under his breath, “big mother…gusset plates…” You could always be sure that if Big Lee had checked something it was definitely right. Over the years he grew in stature and although he was a quiet man, he certainly earned our respect and admiration.

Dennis Poon, vice chairman: Lee was a great human being. He was a big man with a big heart. Lee was generous with his time and extremely humble. And he was an excellent engineer. He had a tremendous understanding of the principles of engineering, and anytime you needed to know a formula, a building code or criteria, you would ask Lee. Many of the younger engineers would go to him with questions when they wouldn’t feel comfortable asking their bosses. Lee would give them the answers, without judgment, and they’d go back to their desk to do their work. Afterwards, they’d go back to Big Lee to see if they had done it correctly.

He was very good at solving problems, and you never had to worry about his solutions not working. He was a good designer and one of the few engineers who would still do calculations by hand rather than depend on the computer. If the computer didn’t give him the answer he was expecting, he would go step by step with hand calculations. He knew how to do structural detailing and complex connections very well. Anything that was complicated would go to Big Lee. Together, we worked on the Shanghai Tower design and the design of Ping An International Finance Center. In some way or another, Big Lee had a hand in every major project that we have done since he started with the firm 32 years ago. 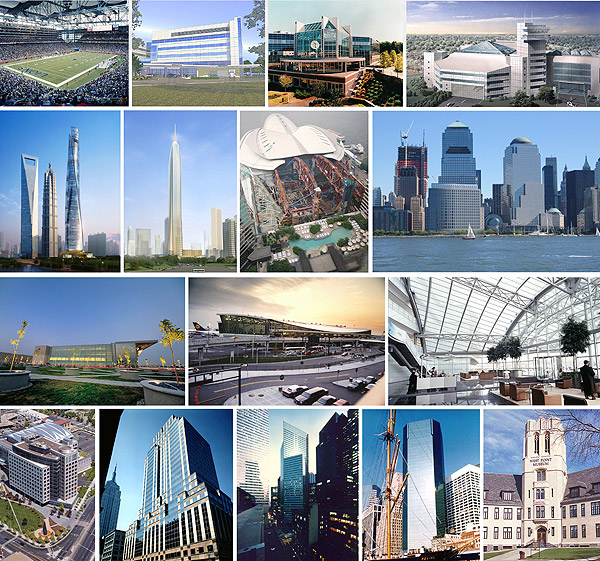 Narinder Chhabra, principal: Lee was a true gentleman and an excellent engineer. He knew the answer for nearly every problem, and if he didn’t know something, he knew where to find it. No matter how busy he was, he would always take the time to help you.

Lee never looked to be rewarded for his hard work. For him, it was all about successfully finishing the project. Lee and I worked together on many, many projects, and we won several of them because of his engineering skills. Among the more memorable ones were a hangar for Blackhawk helicopters in Rochester, N.Y., the Qatar Education City Convention Center and the Jakarta Exchange in Indonesia. The Qatar and Jakarta projects were large and had some issues that required us to do some troubleshooting. We spent three months in Jakarta, working with the local engineers, architects and contractors. Lee was very much respected by our project partners for his knowledge and his willingness to help.

But Lee’s willingness to help went beyond the office. When Hurricane Irene hit the East Coast last summer, my home was flooded. I tried finding a generator to power a pump to remove the water, but there were no generators available anywhere. I had happened to mention this in passing to Lee, who said he had a pump and made arrangements to get it to me. That’s the kind of person he was.

Len Joseph, principal: Lee was a man of few words, preferring to let his calculations and details speak for themselves – and a thoroughly reviewed shop drawing would speak volumes, all in carefully documented red pencil. He was generous with his chuckles, particularly when spotting an unrealistic assumption or statement in a design or drawing being reviewed. He enjoyed getting things right and setting things right – ideal qualities for an engineer.

I remember working with Big Lee on the Stuart Street Bridge near Copley Square in Boston, Mass. The project included a long truss of welded hollow steel shapes, large sloping glazed roofs, a triangular second floor with beams of varying spans and a ground floor that wasn’t on ground at all, but served as a lid over Mass Pike ramps. There were plenty of different conditions for two young engineers to ponder, design and detail, including UBC seismic requirements, so we learned a lot from each other. The second floor simple spans were as long as 80 feet and the floor beams were limited to W30s, so vibration was a concern. As AISC Design Guide 11 was decades in the future, our approach was to maximize stiffness, then make a site visit and have Lee apply the Petrella Heel Drop Test (no ASTM number). The bounce was perceptible (no surprise) but not annoying, so we were satisfied. With no client complaints, our evaluation was apparently correct.

Ever since that experience, when Lee approached me with a question I knew it would be an interesting technical puzzle that we could resolve together.

Richard Tomasetti, founding principal: Lee was a great asset to the firm. He was competent, loyal, helpful and reliable. He would never refuse anyone’s request for help, and you knew you could count on his results.

Charlie Thornton, founding principal: I remember when Lee joined us, some of his colleagues from CCNY said he was the smartest person in his class and helped everyone get through the four-year program. He was both a great human being and engineer.

Paul Lew, senior vice president: Lee was not a man of words but of deeds. He was selfless. He did not have an ego, nor did you have to worry that if you asked him a question, you would show your ignorance. But you had to know enough to ask him to share his knowledge because he would not impose on you. Lee’s only concern was getting the job done right, and many of our senior team would not have achieved what they did without Lee Petrella. From New York’s Winter Garden to numerous airplane hangars to the Hong Kong Convention Center to Shanghai Tower, he always had our backs. My success is actually Lee’s doing.