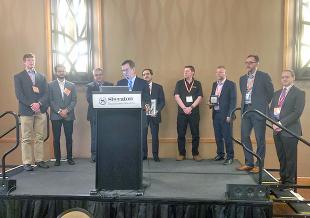 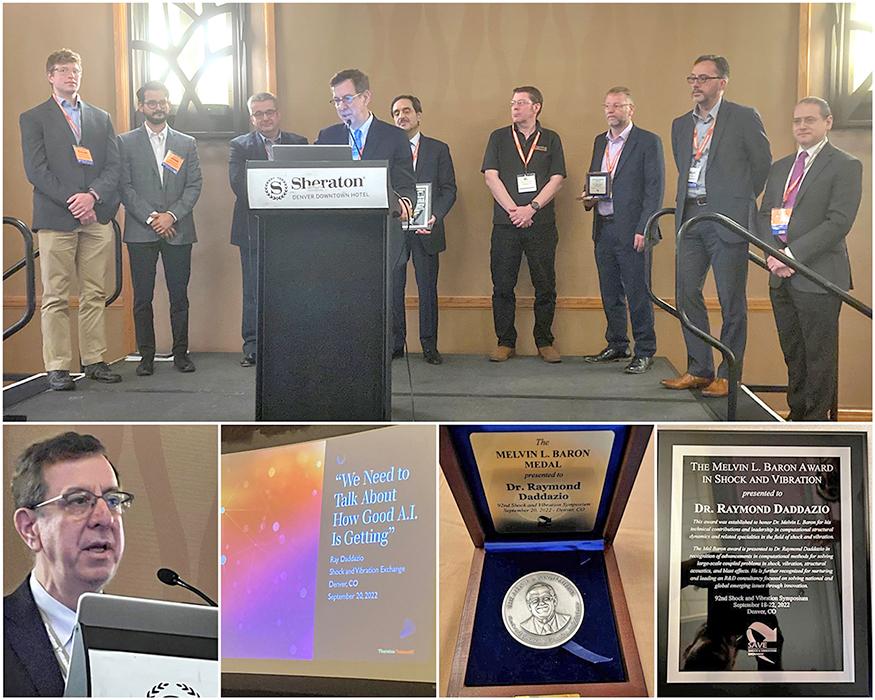 Thornton Tomasetti Senior Consultant Ray Daddazio got something of a surprise at the 92nd Annual Shock & Vibration Symposium this week in Denver, Colorado. He named the recipient of the Melvin L. Baron Award for outstanding contributions to the field.

Ray had just finished delivering the Elias Klein Keynote Lecture on recent advances in the use of artificial intelligence in engineering when it was announced that he would be receiving the award named for Dr. Baron, a founding principal of Weidlinger Associates who was widely recognized for his shock and vibration work. Dr. Baron was the firm’s first research director and established its Applied Science practice.

“Mel Baron was not only a leader in the industry, but a mentor to me and so many others at Weidlinger Associates,” Ray said. “I am proud to receive an award that was established to honor Mel and his contributions to engineering mechanics.”

Ray was presented with the Baron Medal in recognition of his contributions to advancements in “computational methods for solving large-scale coupled problems in shock, vibration, structural acoustics and blast effects and nurturing and leading an R&D consultancy focused on solving national and global emerging issues through innovation,” according to the citation.

In his more than 40-year career, Ray has held various leadership roles, including president of Thornton Tomasetti and president and CEO of Weidlinger Associates, which merged with Thornton Tomasetti in 2015. Ray currently supports the development of the firm’s services for clients in the global federal market sector and guides the success of TTWiiN, its R&D incubator and other innovative technology accelerator efforts.

In receiving the award, Ray joins an elite group of scientists and engineers, including Thornton Tomasetti Senior Principal Robert Smilowitz, who was named in 2010, and Weidlinger Principal Ivan Sandler and longtime consultant Professor Frank DiMaggio. 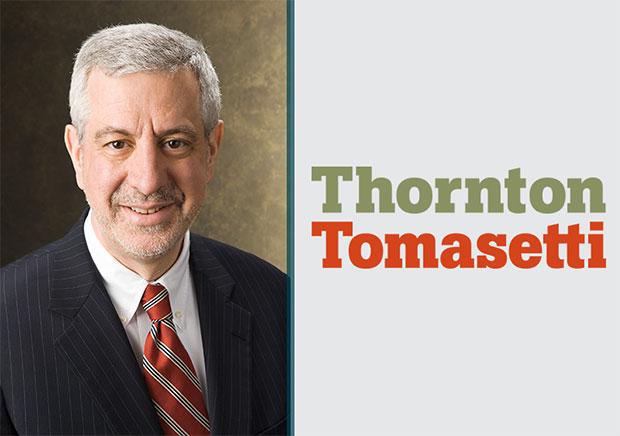 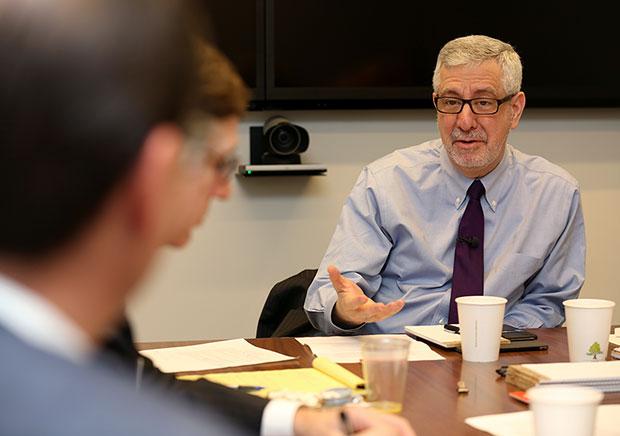