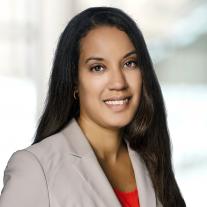 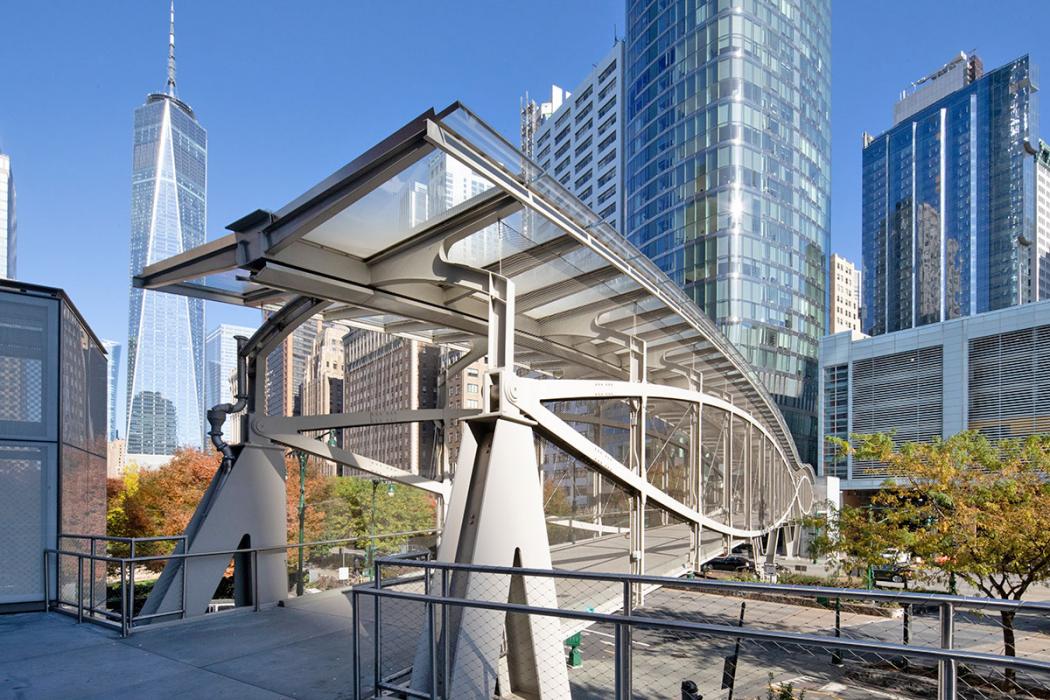 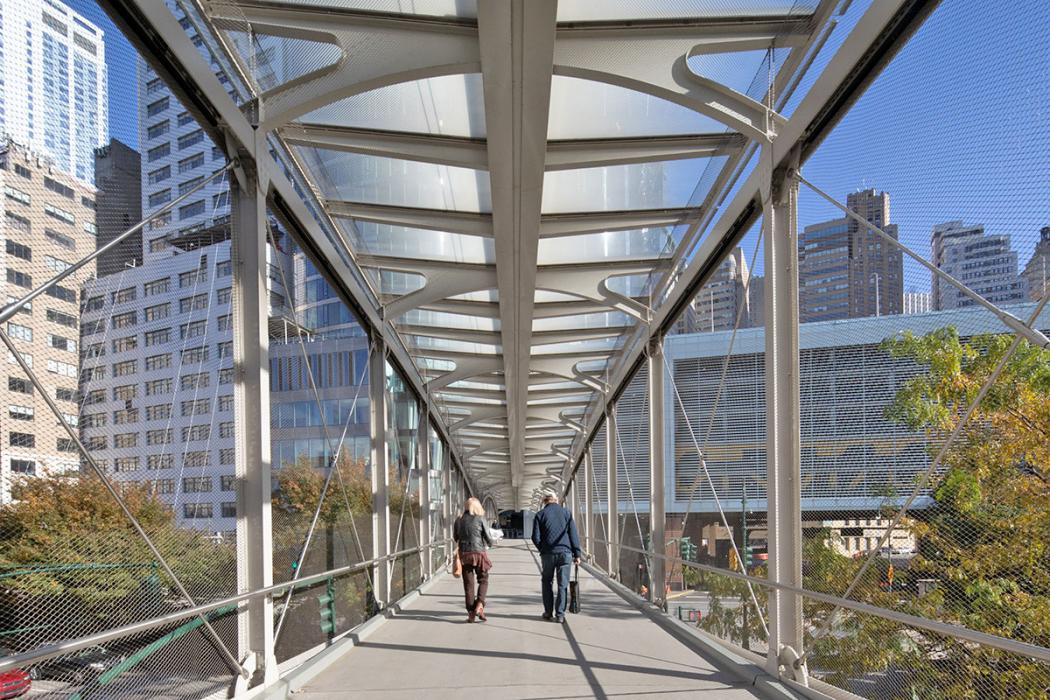 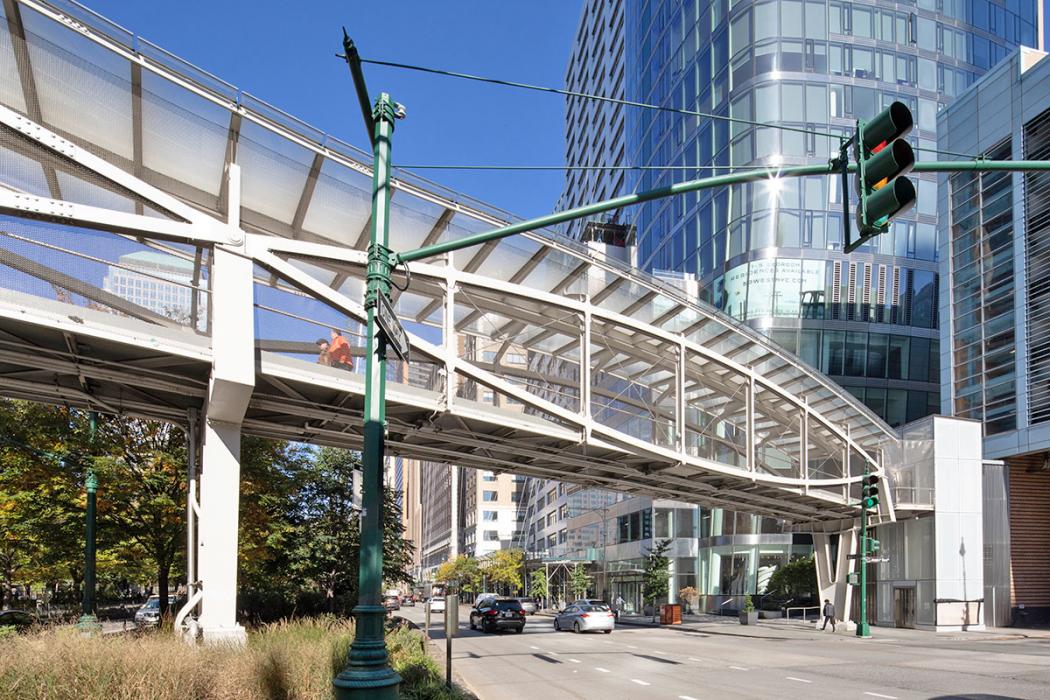 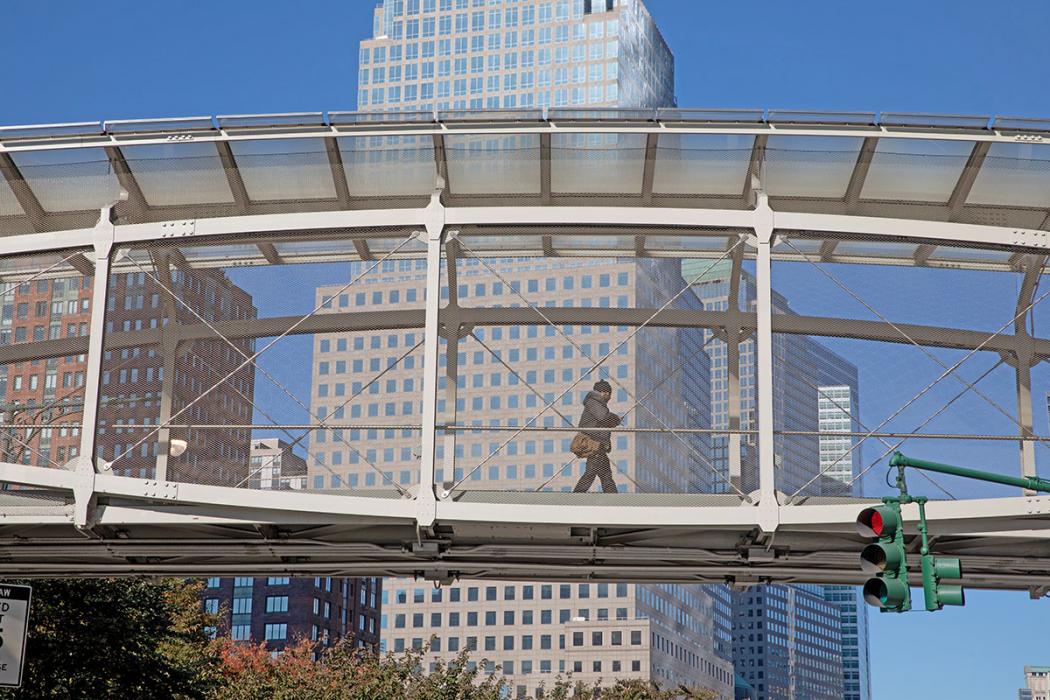 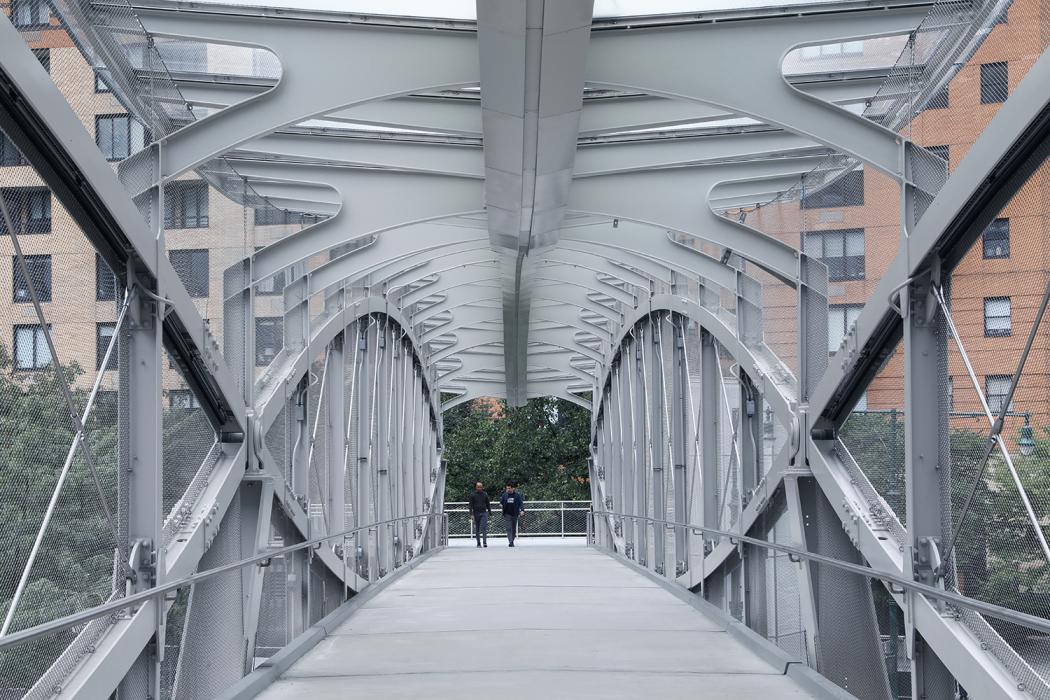 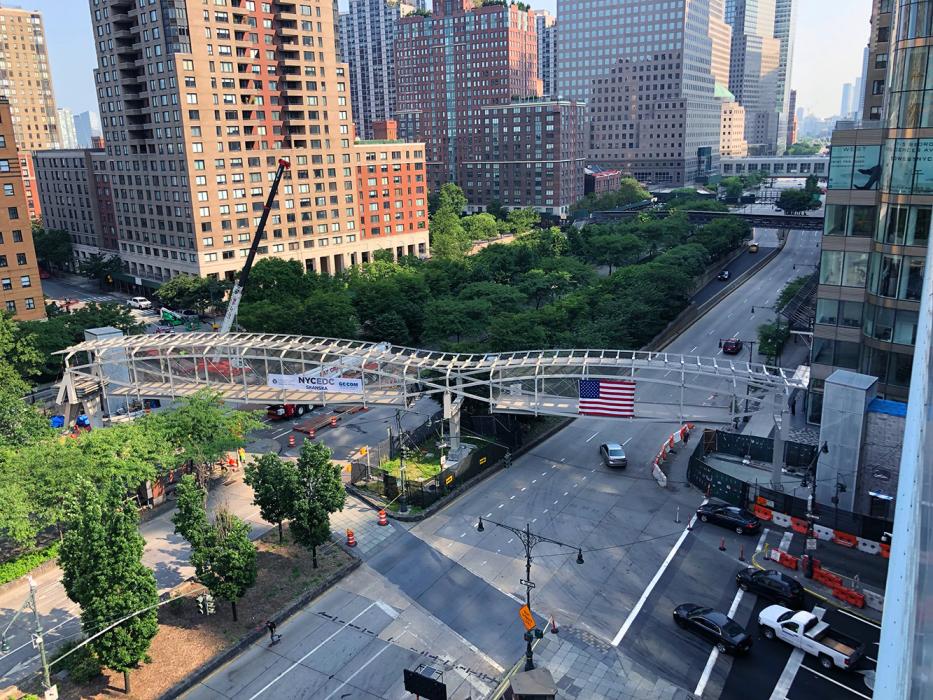 “If I had to choose one word that defines this project, it would be community,” says Associate Principal Courtney Clark, project manager for the Robert R. Douglass Pedestrian Bridge, “because that was the clear driving force behind it.”

More than just a passage across the Henry Hudson Parkway, linking Battery Park City to the Financial District, the bridge is a reflection of the communities it serves. Local residents and organizations like the Battery Park City Authority championed its completion and were involved throughout the design, advocating for a crossing that would be safe, beautiful, accessible to all and usable throughout the year.

The bridge, designed with WXY Architecture + Urban Design, is named in honor of Robert R. Douglass, founding chairman of the Alliance for Downtown New York and a driving force behind the building of Battery Park City. It permanently replaces the Rector Street Pedestrian Bridge – itself a temporary replacement for bridges damaged or destroyed on 9/11. The new bridge opened in early 2020, but its dedication was delayed until June 2021 due to COVID. 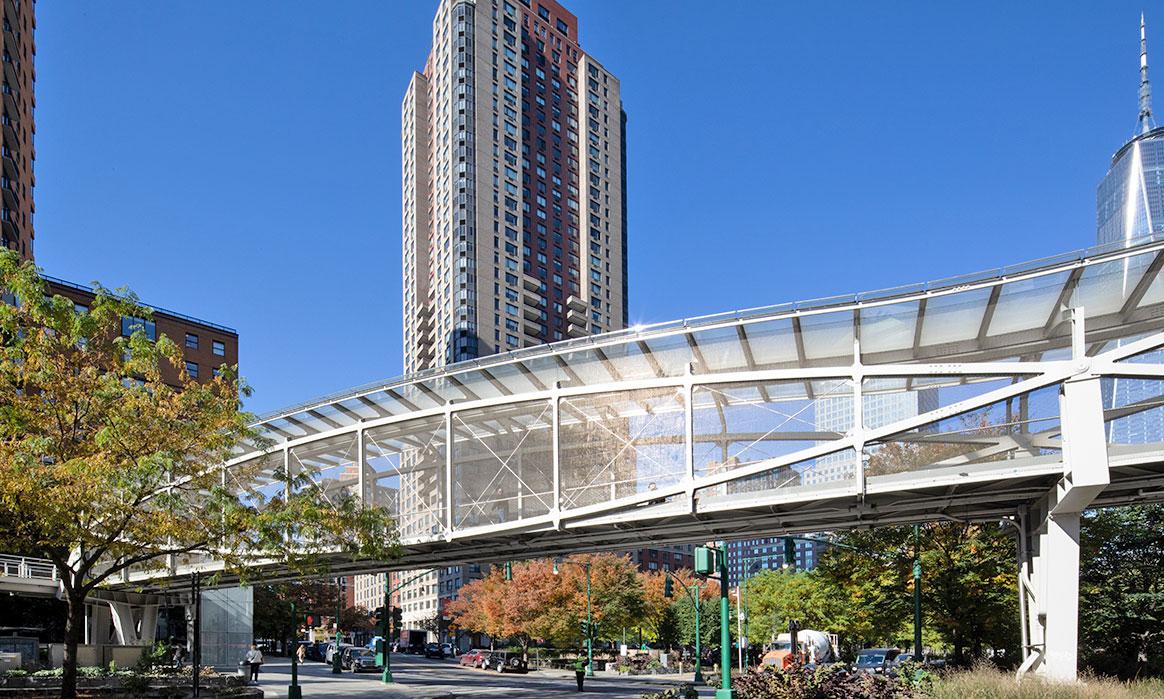