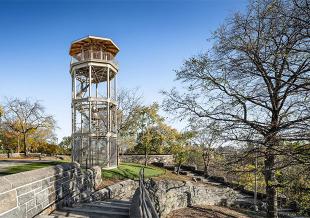 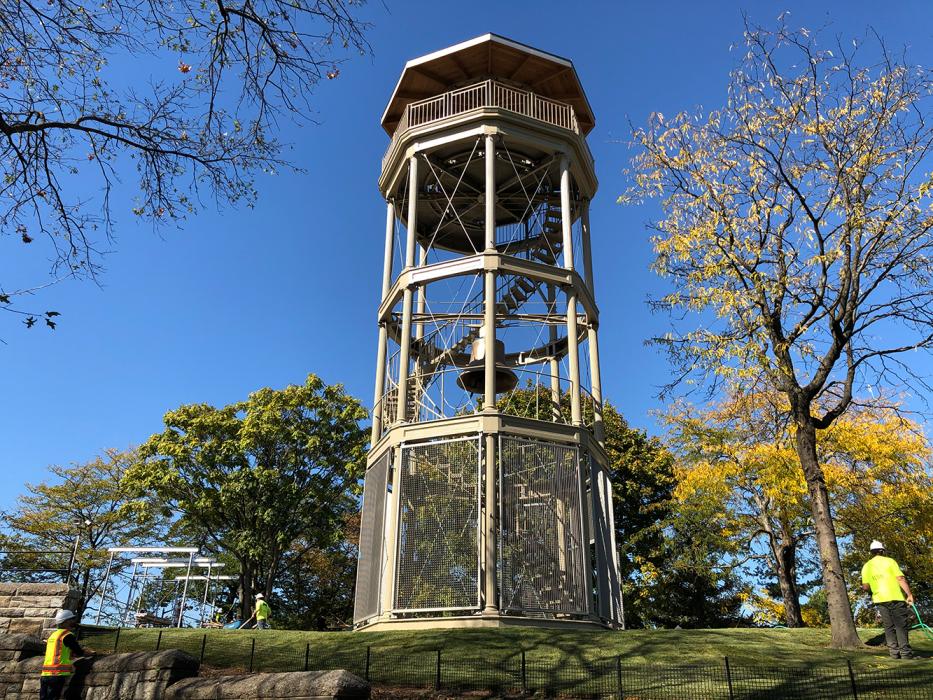 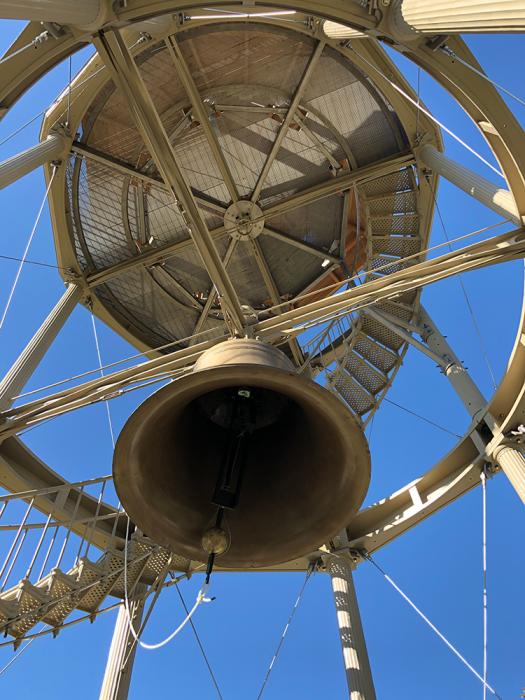 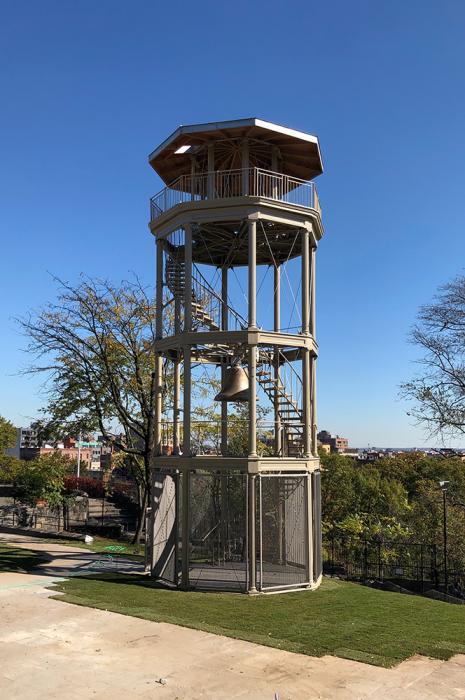 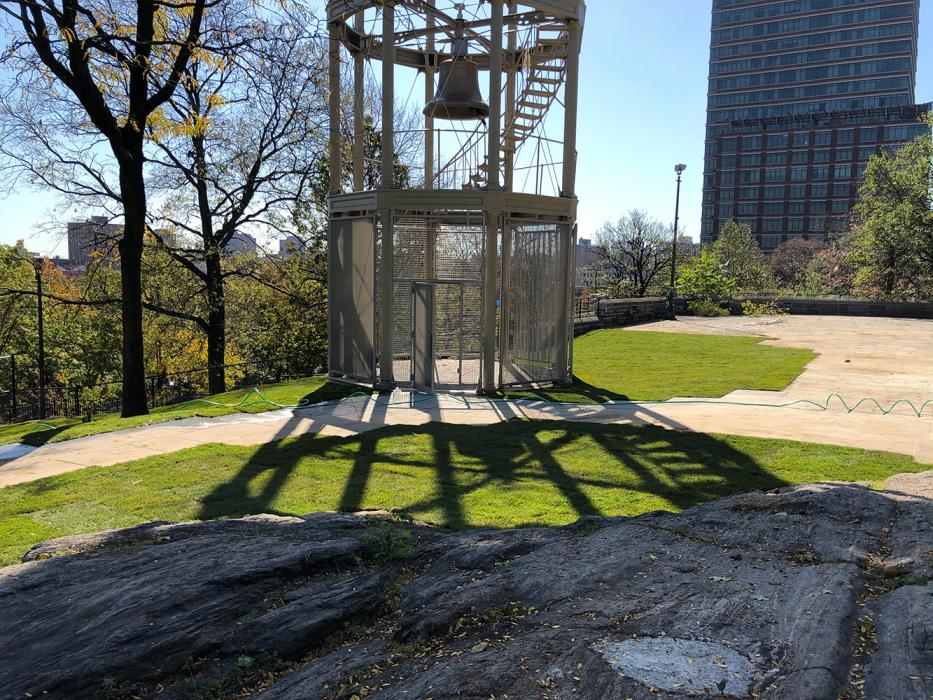 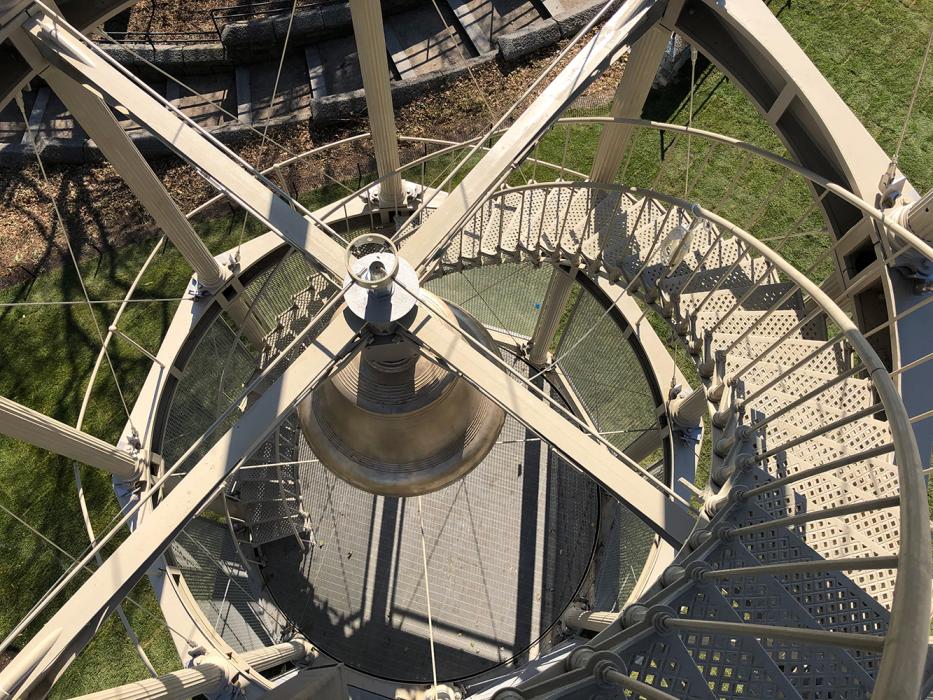 The Harlem Fire Watchtower reconstruction project saved one of New York City’s iconic landmark structures. It was clear throughout the project that Thornton Tomasetti’s engineers and architects, as well as the Parks Department staff and the contractors’ personnel, took great pride in contributing their respective skills and expertise to this effort.

Thornton Tomasetti, the international engineering firm, has completed the restoration and reconstruction of the Harlem Fire Watchtower in Marcus Garvey Park, which was unveiled to the public by the New York City Department of Parks and Recreation on October 26th. It is a unique historic preservation project for one of America’s early cast iron structures.

The Harlem Fire Watchtower was constructed in 1856 as one of a series of cast iron bell towers built throughout New York City designed to give firefighters a perch from which to watch over the community. When pull boxes rendered the fire watchtowers obsolete in the 1870s, the system was discontinued, and the other towers eventually were torn down. The Harlem watchtower is the only one remaining.

By the late 20th Century, the structure, which is a New York City Landmark and listed on the National Register of Historic Places, fell into disrepair and was near collapse. Thornton Tomasetti was retained by the city for the tower’s first comprehensive restoration in more than 160 years. Thornton Tomasetti’s restoration design included structural assessment, historical documentation and a finite element analysis of the cast iron structure. Original cast iron elements underwent non-destructive testing (NDE) including magnetic particle inspection. Elements that were too deteriorated to be reused were replicated. The historic bell, dating from 1865, also underwent NDE that confirmed casting anomalies and micro cracking caused by impact. Because of its unusually large size, the 5,000-pound bell subsequently was shipped to the Netherlands for brazing to reconstitute its structure.

Finite element analysis of the towers archaic structural system revealed that the structure had failed under wind loading, so new interventions were required. To satisfy both structural and historic preservation goals, it was decided to reconstruct the tower as it originally stood but add a bracing system to make it structurally sufficient. The historic metals were painted the original color, while the supplemental elements were stainless steel. The modern elements were made as unobtrusive as possible and designed in a modern style to distinguish them from the historic fabric.

Several lost features were recreated based on historical photos. The copper sheet metal roof was restored to its original dimensions. The landscape immediately around the tower was modified to recreate the original setting and provide ADA access. Security screens were created at the ground level that recall the original enclosure, while clearly being a modern intervention. Lightning protection was incorporated in the roof finial and concealed within the structure. In addition, Thornton Tomasetti assisted the New York City Department of Parks and Recreation with both Landmarks Preservation Commission and State Historic Preservation Office approvals on the restoration and design changes.