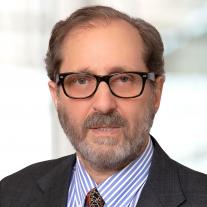 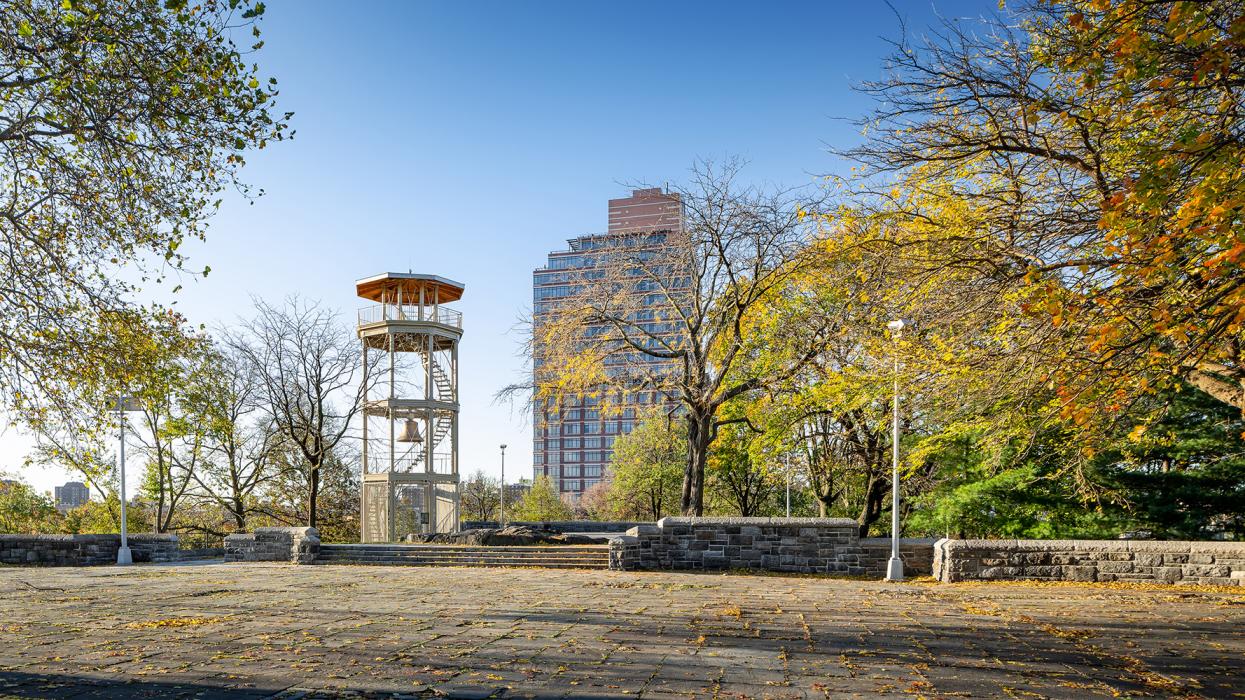 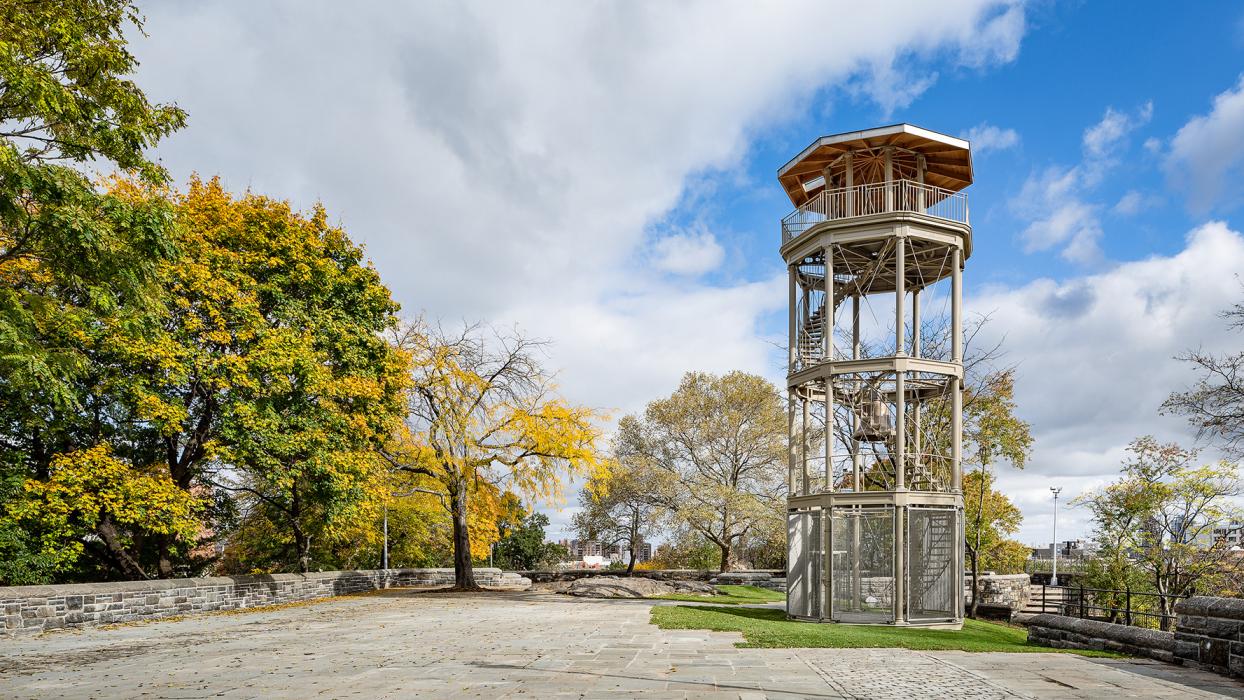 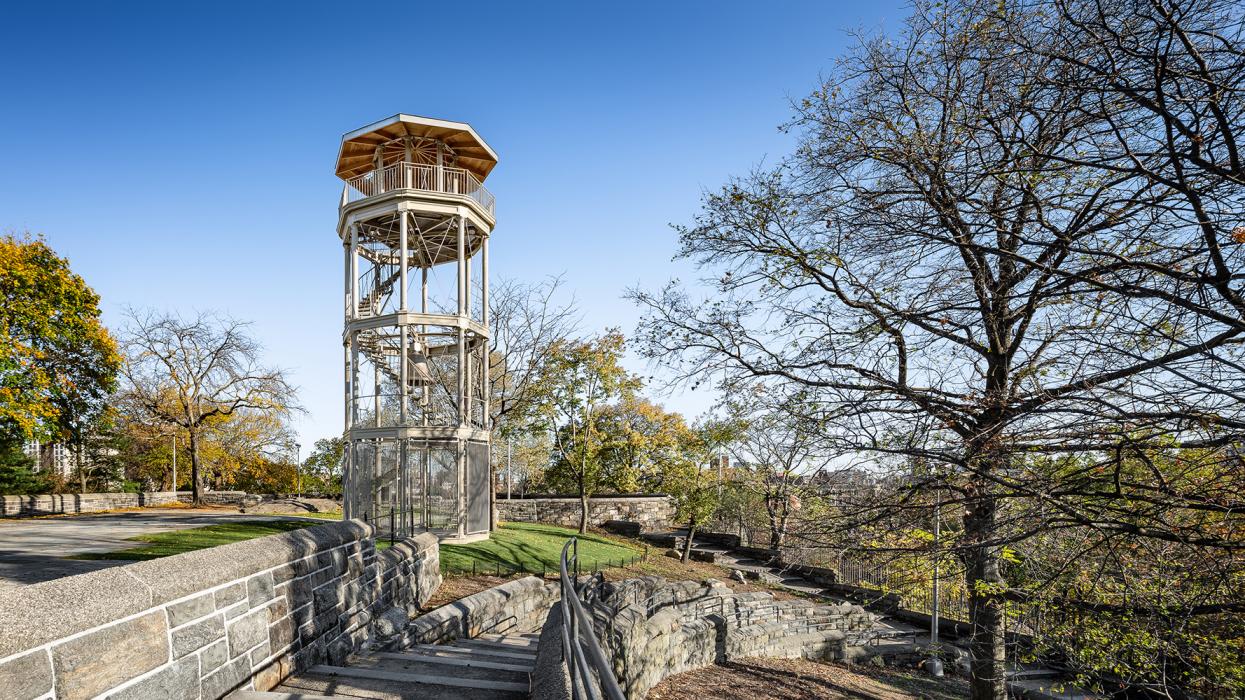 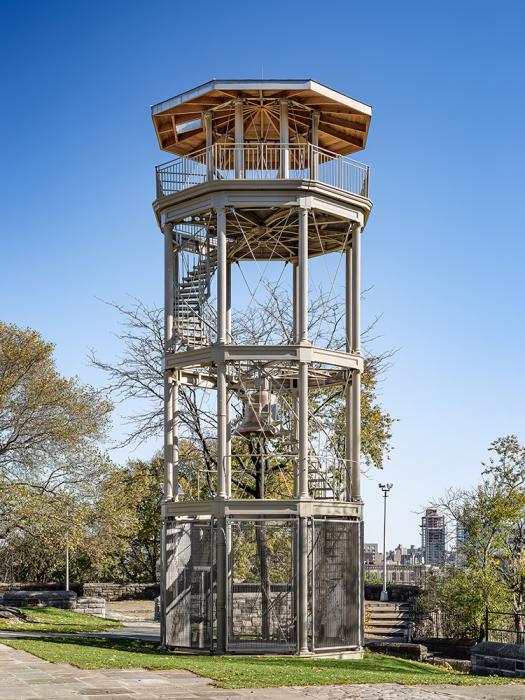 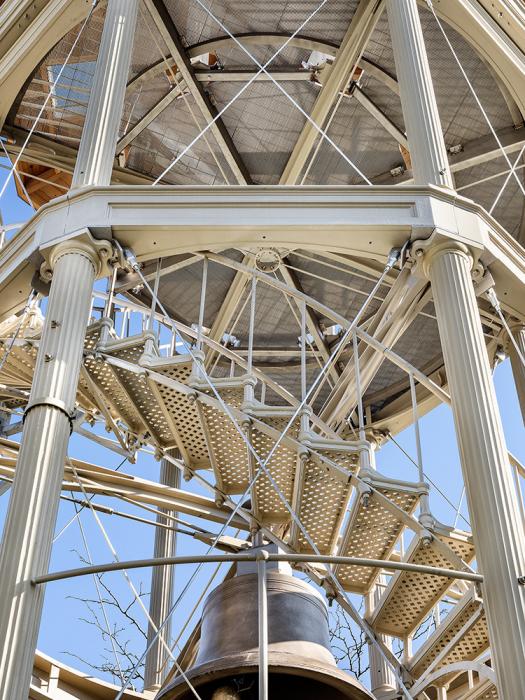 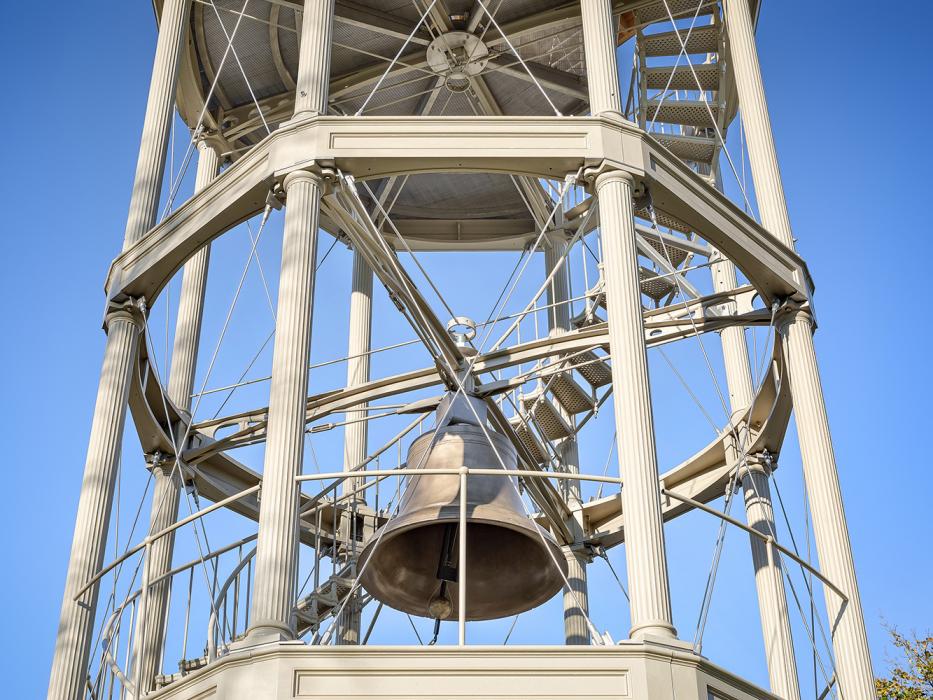 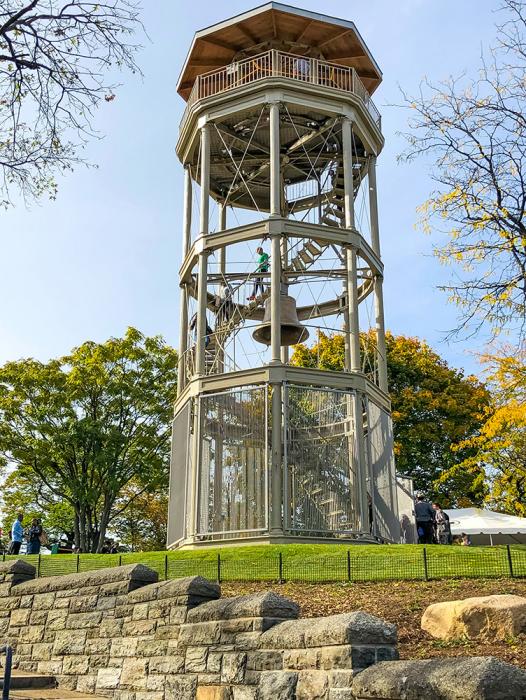 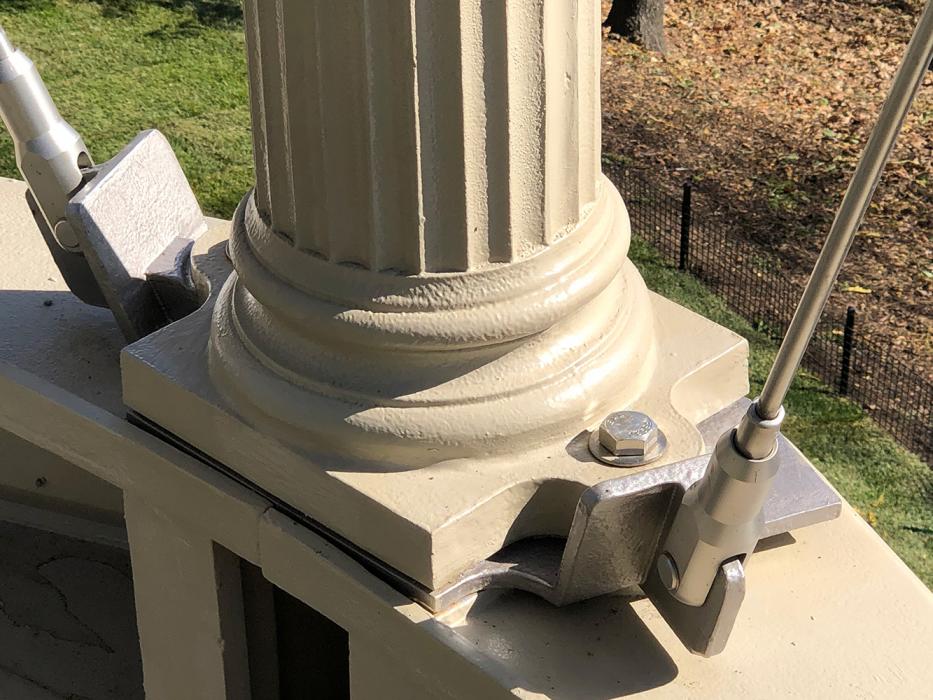 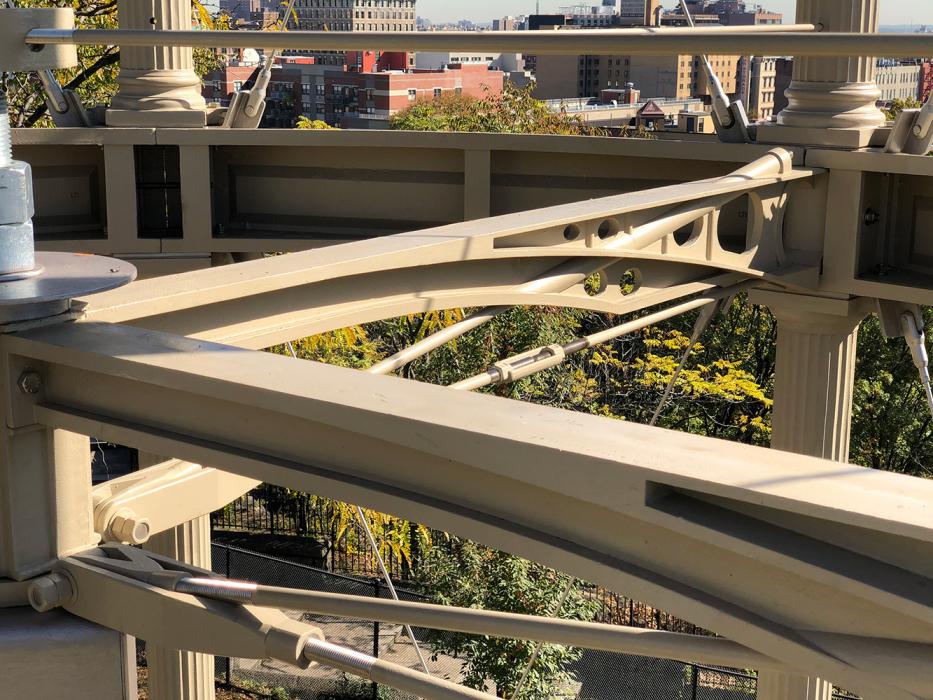 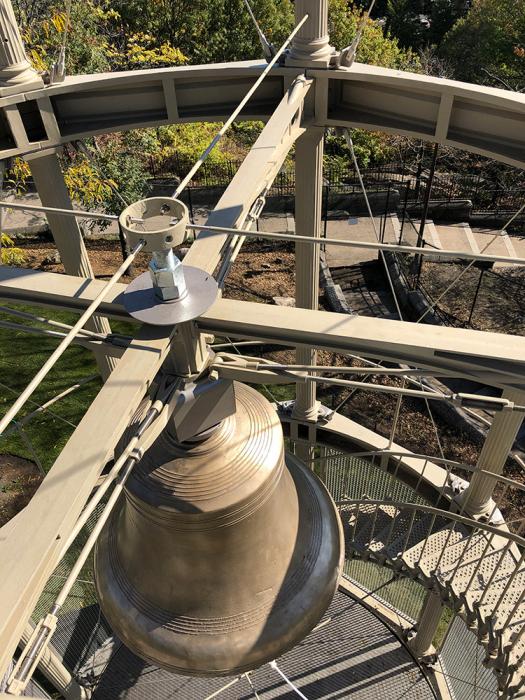 The Harlem Fire Watchtower was constructed in 1856 as one of a series of cast iron towers built throughout New York City designed to give firefighters a perch from which to watch over the community, and alert local fire company’s by ringing a bell. The Harlem Fire Watchtower is one of America’s oldest surviving cast iron framed structures. When pull boxes rendered the fire watchtowers obsolete in the 1870’s, the system was discontinued, and the other towers eventually were torn down. Harlem residents rallied to protect the tower, which endured and is now the last remaining fire watchtower in the city.

By the late 20th Century, the structure fell into disrepair and was near collapse. The structure, which is a NYC Landmark and listed on the National Register of Historic Places, was again saved by the activism of the Harlem Community, which inspired city officials to fund the restoration, which also included adjacent landscaping and restoration of the WPA era plaza known as the Acropolis.

We were retained by the city for the tower’s first comprehensive restoration in more than 160 years. Our restoration design included structural assessment, historical documentation and a finite element analysis of the cast iron structure. Corrosion and structural movement had damaged a majority of structural elements, and the tower was systematically disassembled, with all elements carefully labeled and crated, and moved to a foundry for evaluation. To satisfy both structural and preservation goals, the tower was reconstructed as it originally stood but with an elaborate bracing system to make it structurally sufficient. 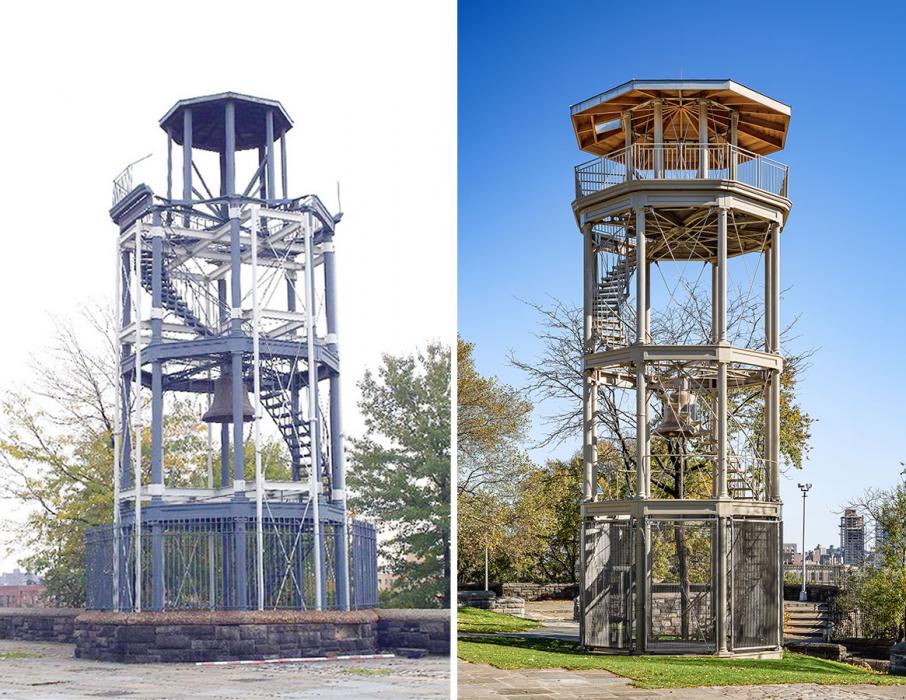 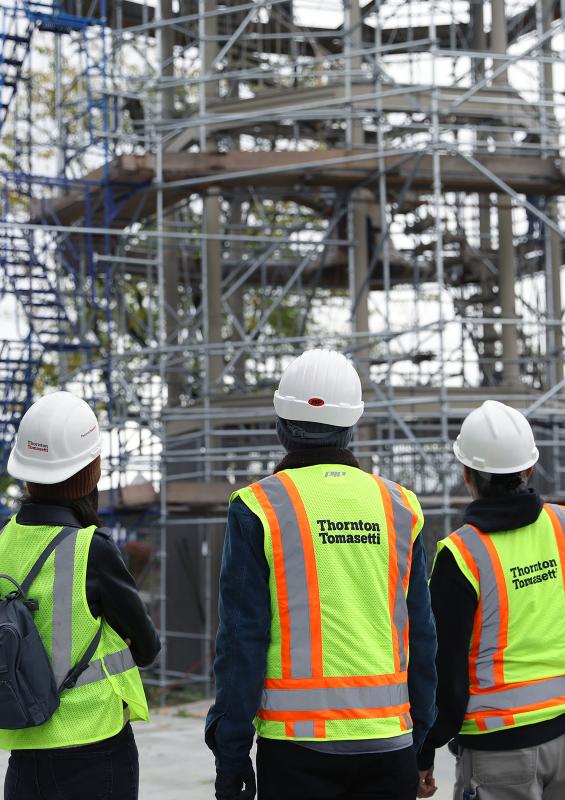 Thornton Tomasetti personnel on site prior to removal of the scaffolding.

The Mount Morris Fire Watchtower stands at the pinnacle of Harlem’s rich culture and serves as a monument to the neighborhood’s storied history. By restoring the cast iron structure and adjoining landscape, we have ensured the continued survival of this significant landmark and gathering space for years to come. 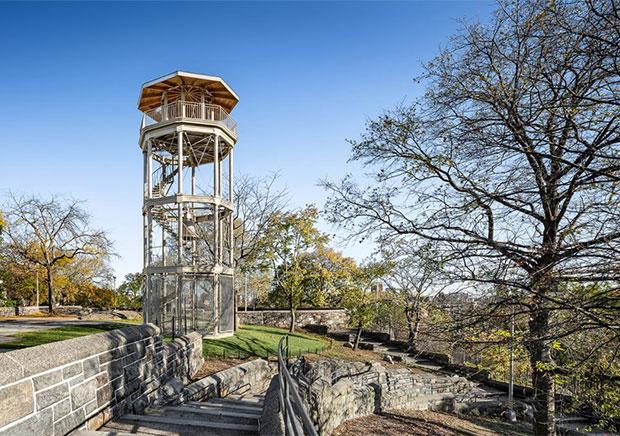 Courtesy Alexander Severin Architectural Photography
Historic Cast Iron Fire Watchtower Restoration Thornton Tomasetti has completed the restoration and reconstruction of the Harlem Fire Watchtower in Marcus Garvey Park, which was unveiled to the public by the New York City Department of Parks and Recreation on October 26th.