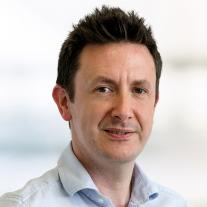 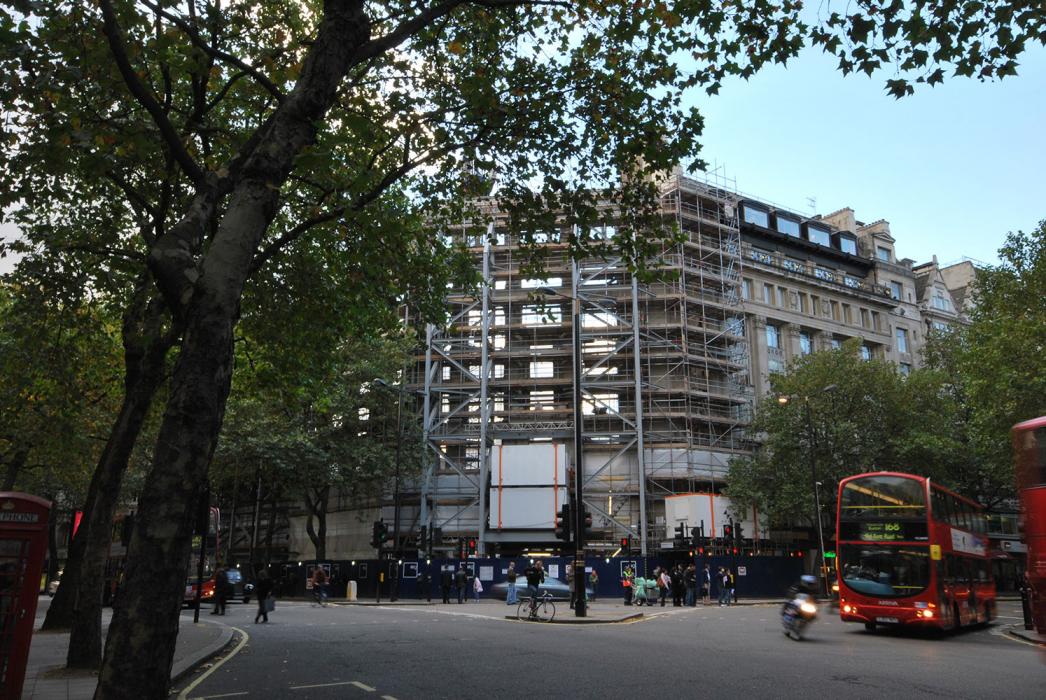 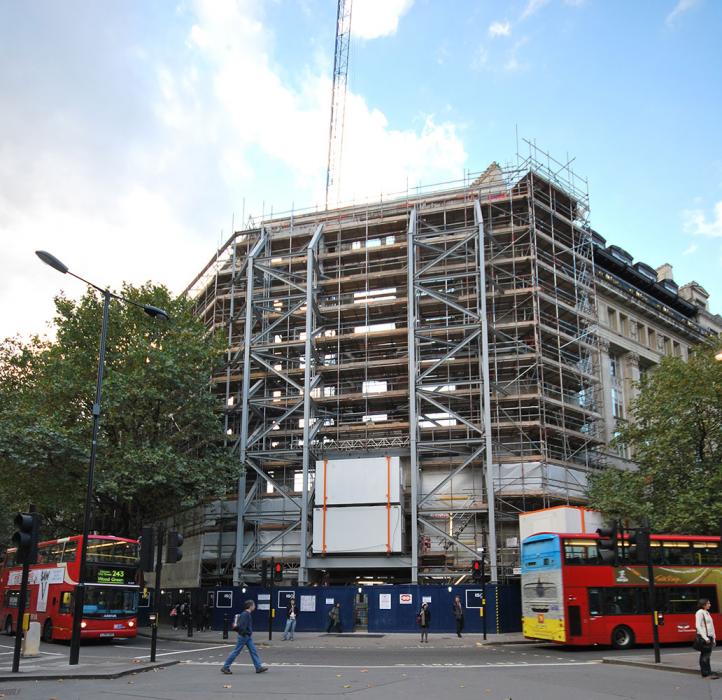 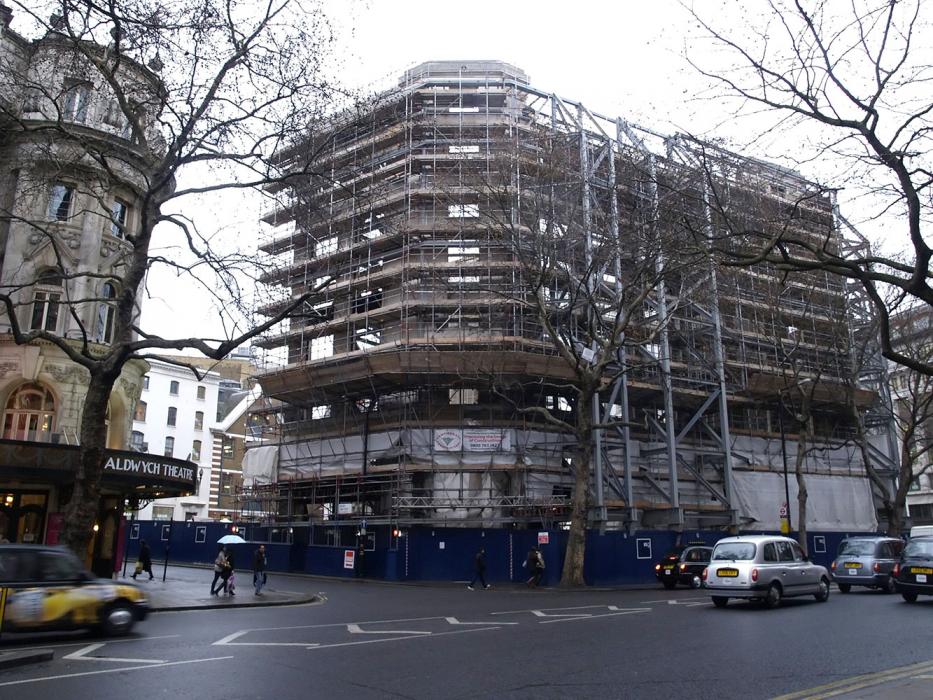 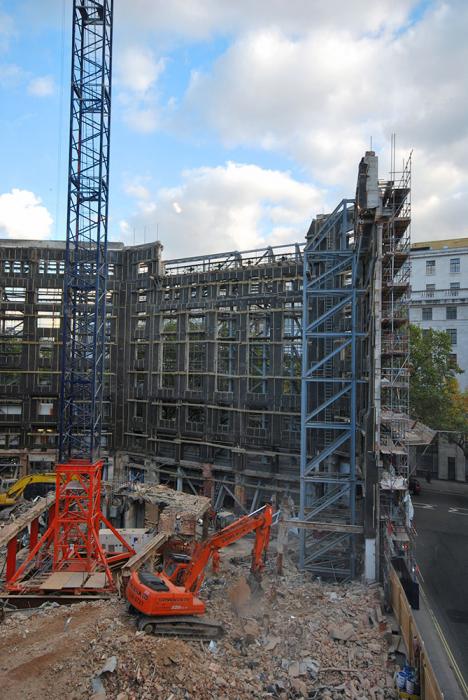 The historic 1-5 Kingsway, in the heart of London’s West End, converted into a modern mixed-use development consisting of offices, retail, and residential accommodation. The modernization called for stabilization of the building's historic façade and demolition of the entire steel and load bearing masonry structure.

We provided structural design, structural renewal and historic preservation services to Sidell Gibson Architects for the renovation, which was completed in 2011.