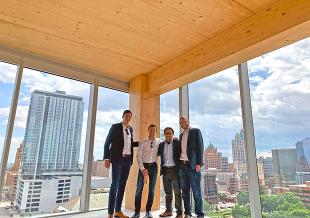 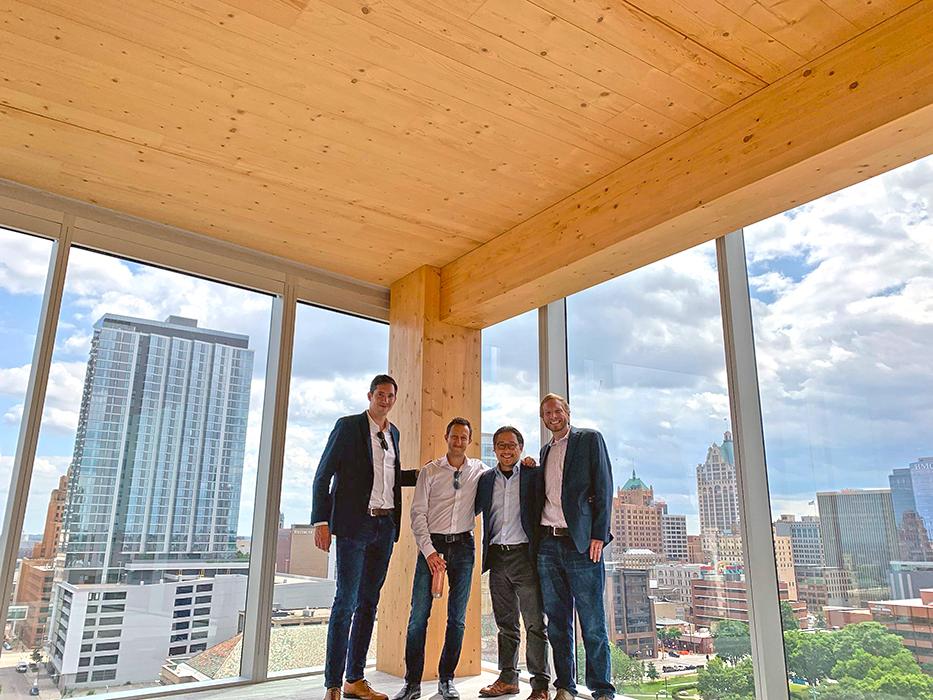 It’s official! The Council on Tall Buildings and Urban Habitat named Ascent the world’s tallest mass timber building at a dedication on Wednesday, July 20, in Milwaukee, Wisconsin. The event, which was attended by members of the design and construction team, city and state officials, and U.S. Forest Service representatives, also celebrated the 25-story tower’s first residents, who moved in the week before. As part of the celebration, state representatives declared it “Mass Timber Week” in Wisconsin.

Thornton Tomasetti is the lead structural engineer for the 493,000-square-foot, mixed-use project developed by New Land Enterprises and designed by Korb and Associates Architects. Advancing the timber industry with a range of innovations, Ascent brings together the aesthetic, structural and sustainability benefits of mass timber. Congratulations to the entire team!