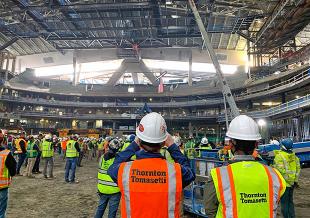 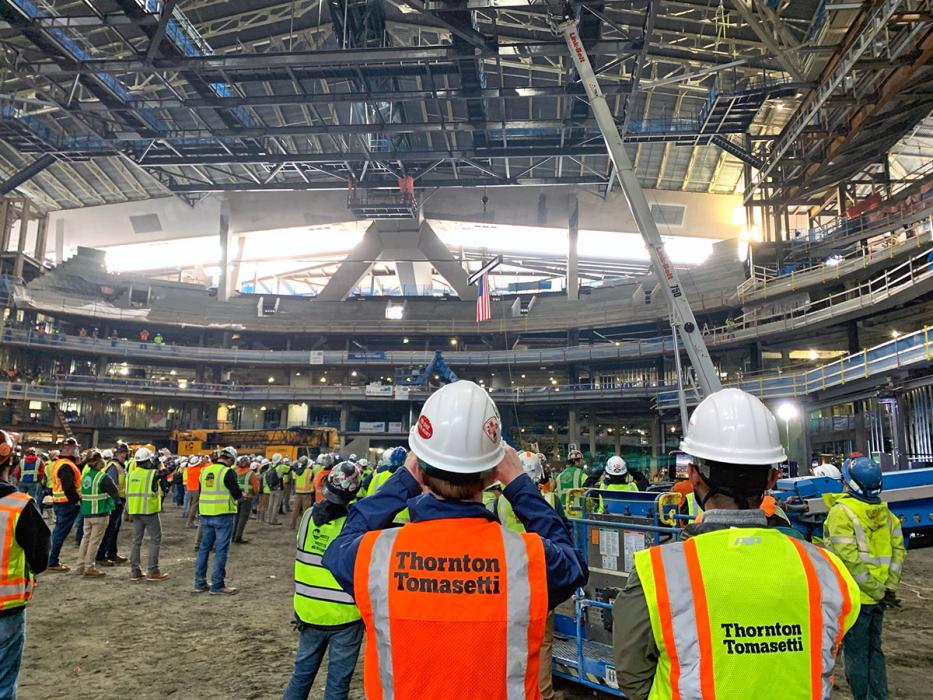 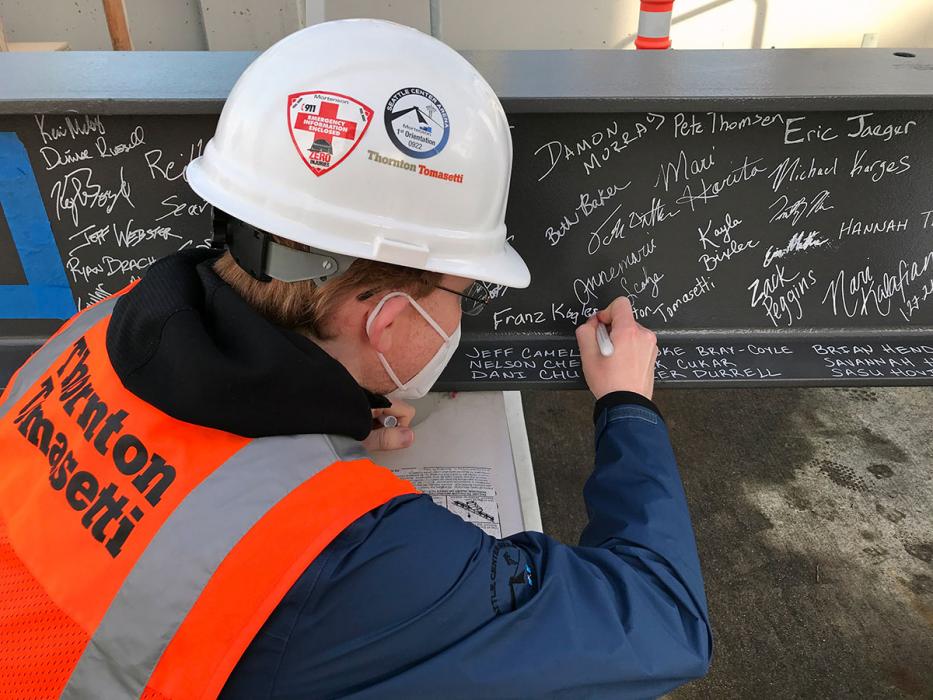 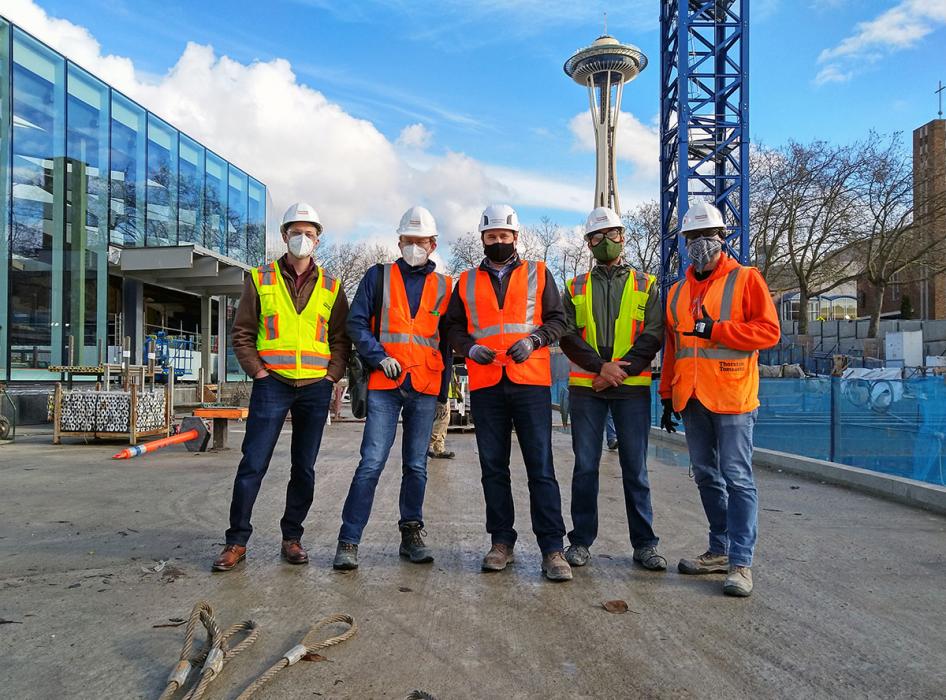 A traditional topping out ceremony was held on Jan. 29 at Climate Pledge Arena, the Seattle, Washington, multi-use venue that’s anything but conventional. The final beam and a Western red cedar were lifted into the rigging grid, marking the completion of the structural steel framing. While the framing may be new, the arena’s roof dates back to the 1962 World’s Fair, a landmark that was preserved in the renovation and expansion project. Collaborating across several offices, we are providing structural and geostructural engineering and protective design to Populous, construction engineering, including Advanced Project Delivery™ and temporary shoring of the existing roof, to Mortenson and its trade partners, and façade consulting to DLR Group. The project will double the former arena’s size to 800,000 square feet with the addition of a subterranean seating bowl that will be capable of supporting more than 17,000 fans for Seattle’s new NHL franchise, the Kraken, WNBA’s Seattle Storm, concerts and other events. Thanks in part to the preservation of the old roof structure and exterior curtain wall, it will be the first arena in the world to achieve a zero carbon rating from the International Living Future Institute. The arena, which is owned by Oak View Group, will open this fall.