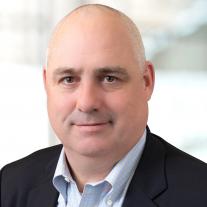 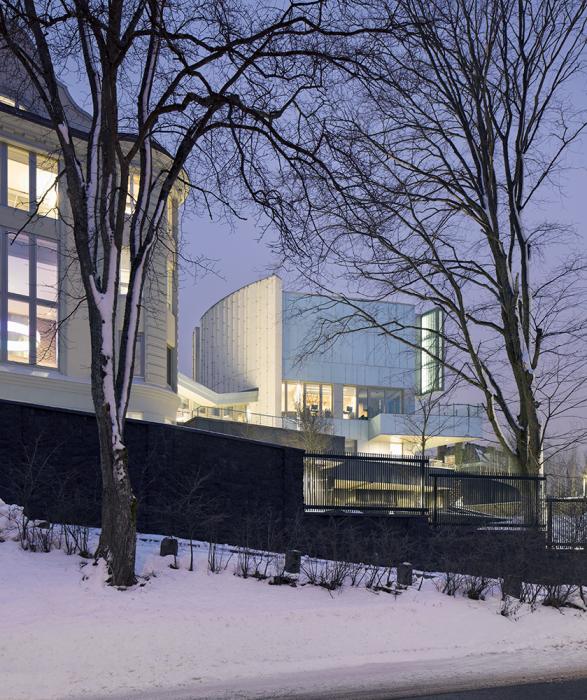 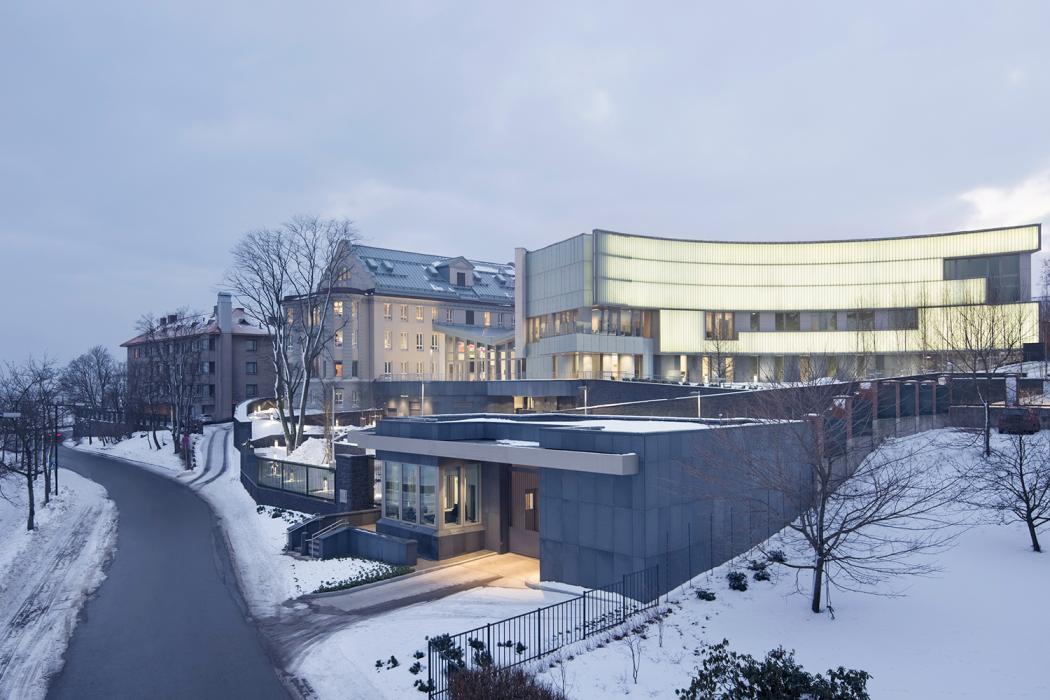 Thornton Tomasetti provided structural design and blast engineering to develop bridging documents for the compound renovation and new chancery addition at the U.S. embassy in Helsinki. The compound occupies a three-acre site in the historic Kaivopuisto District south of downtown Helsinki, looking out over the Gulf of Finland and the Baltic Sea.

The project entailed construction of a new, curvilinear chancery addition, access pavilions, and utility space, as well as renovation of the existing chancery, chief of mission residence, and existing office annex (now referred to as the Innovation Center). The north, east, and south façades of the new chancery are clad with translucent channel glass. Its west-facing side is clad in white brick, a popular façade material in Finland. Local black granite wraps around the chancery’s lower level and on site walls.

The new office annexes, as well as the connecting lobby, were designed to resist progressive collapse as well as blast loads on their structural framing, including roof slabs and façades. The blast-resistant design of the new chancery and connecting lobby incorporates all current OBO blast requirements for new buildings. The Innovation Center is the first overseas U.S. diplomatic facility to achieve LEED Platinum certification.