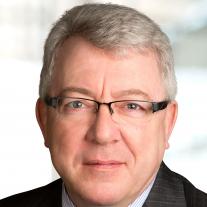 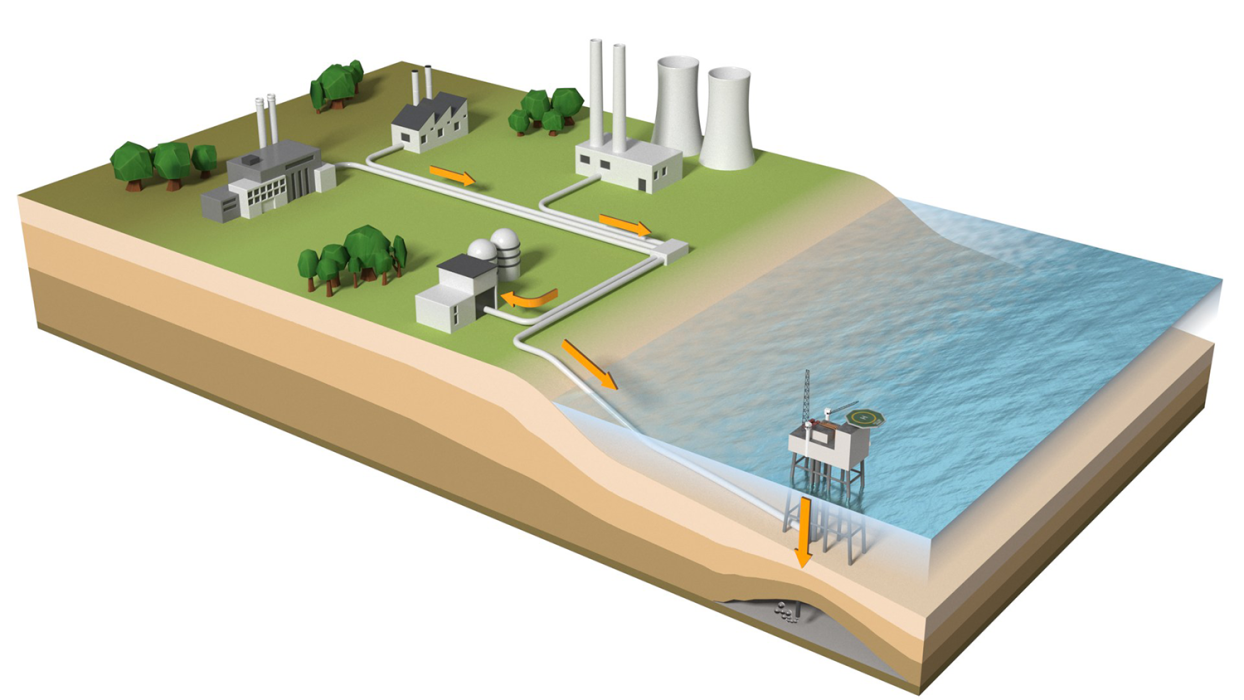 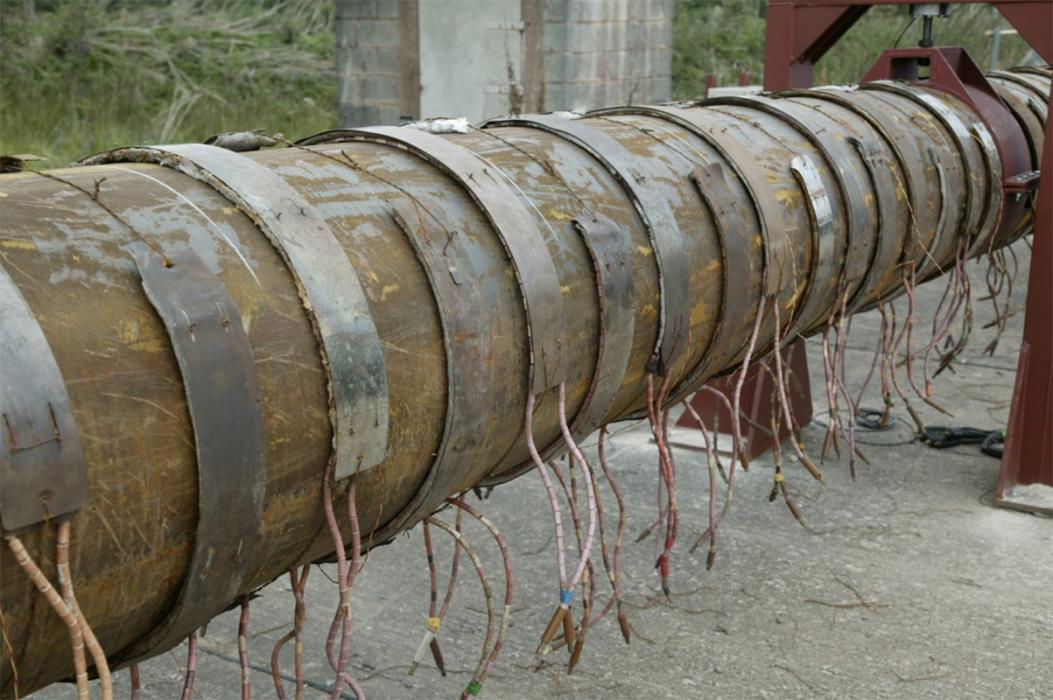 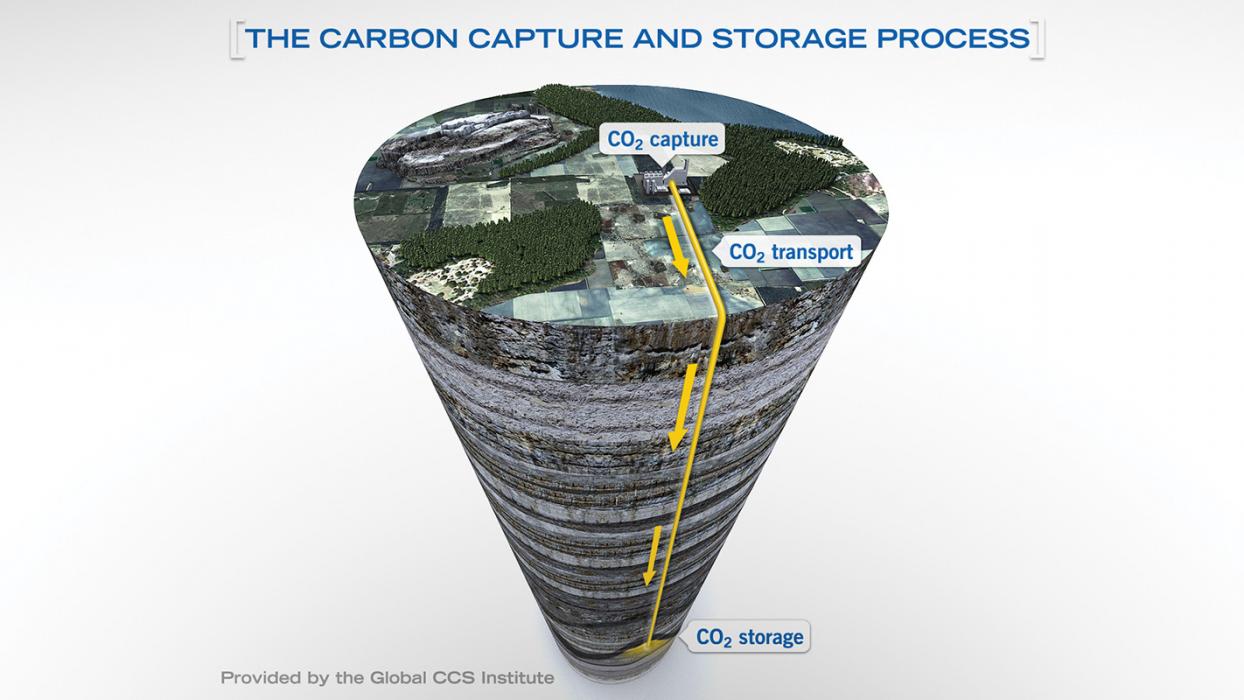 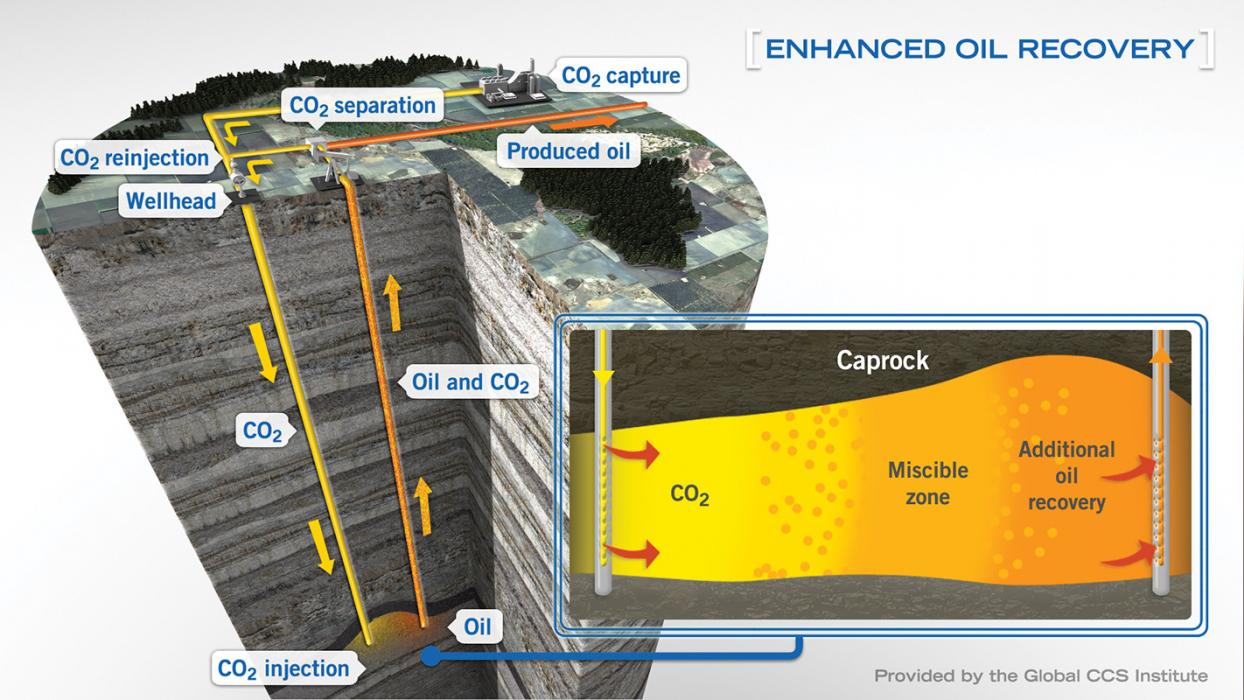 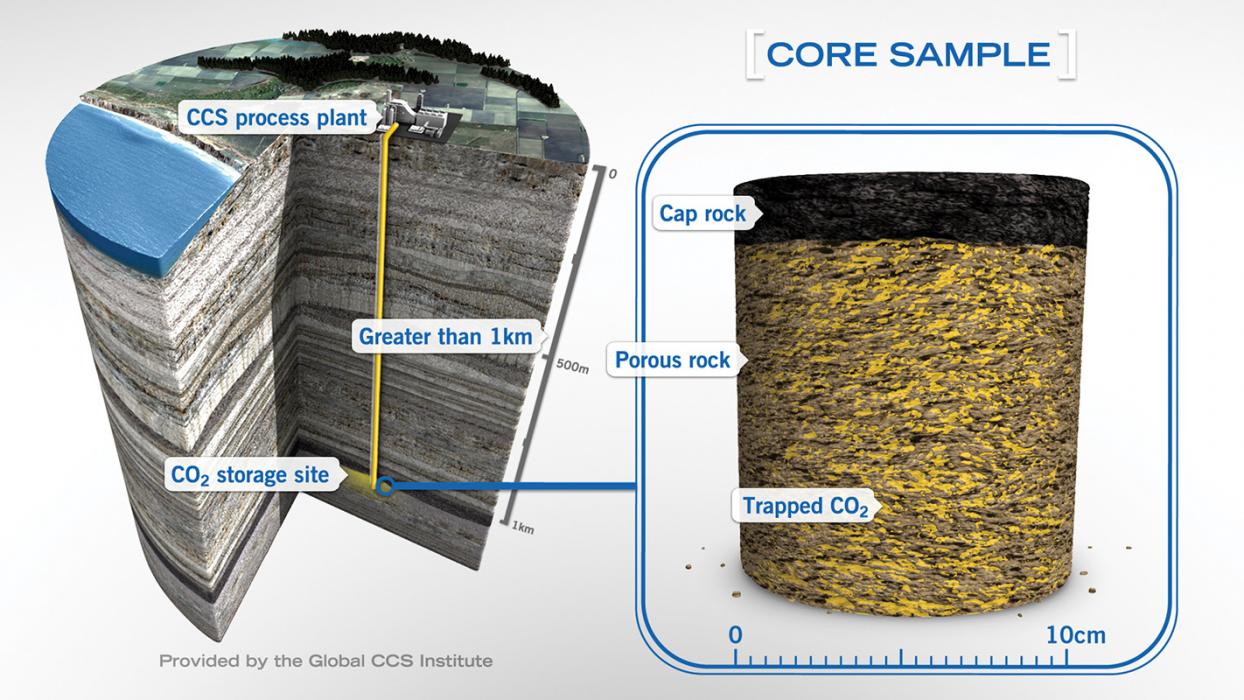 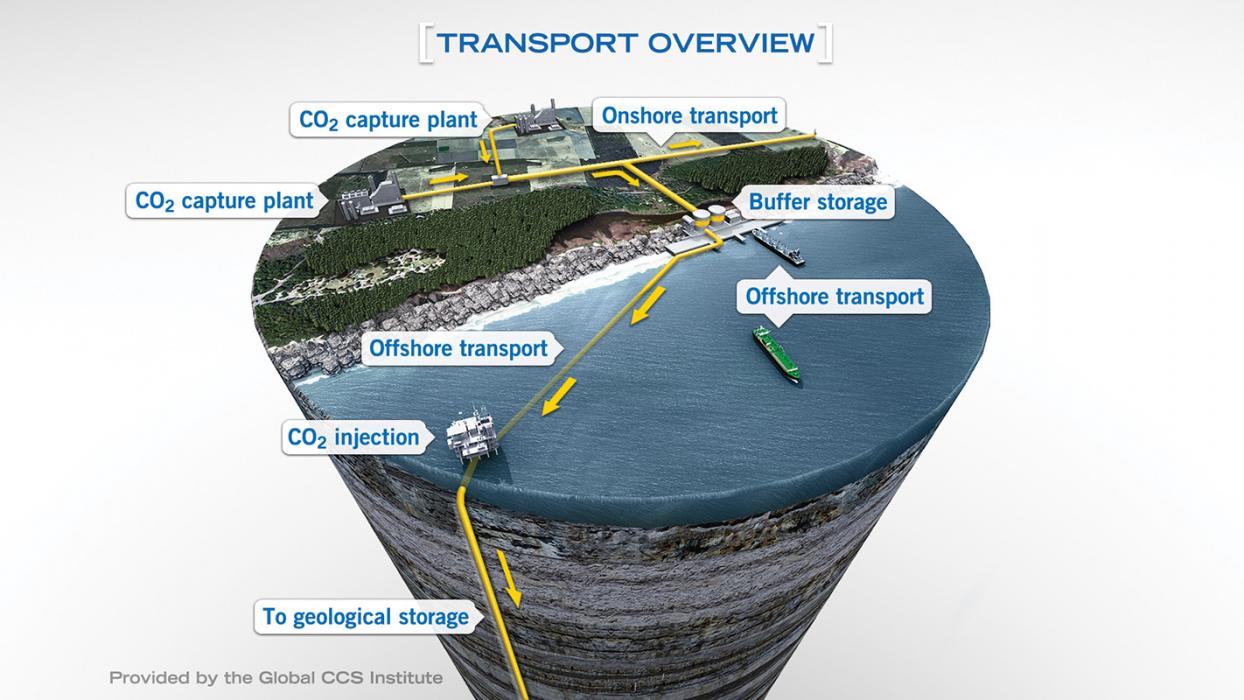 According to the Intergovernmental Panel on Climate Change (IPCC), the United Nations group that assesses the science related to climate change, human activities are estimated to have already contributed around 1.0°C to global warming. Global warming is likely to reach 1.5°C – a critical threshold – between 2030 and 2052. We need to tackle climate change within the next 10 years or face major consequences by 2040.

Carbon capture, utilization and storage (CCUS) is a process that significantly supports the energy industry’s goal to decrease emissions and help countries meet their net-zero targets. How? By capturing CO2 at its source and safely reusing or storing it so that it can't enter the atmosphere. A related technology, direct air capture and storage (DACS), is being developed that extracts CO2 directly from the air for subsequent storage.

Thornton Tomasetti has been active in CCUS since 2006, using a range of established and emerging technologies to help understand and mitigate the hazards involved.

How can CCUS address some of the immediate issues related to climate change and decarbonization?

The IEA projects that around half of the CO2 captured up to 2050 in order to meet climate goals will need to occur outside of the power sector, in areas such as steel, cement and petrochemical production.

In the United States, data from 2019 indicate that 25 percent of all greenhouse gas emissions were from the electricity sector, with a further 23 percent contribution from industry. Minimizing the CO2 from these emissions sources will contribute significantly to efforts to ameliorate the effects of climate change. CCUS is a way of achieving this and will enable the transition of both power generation and industry to a zero-carbon future, as CO2 emissions reduction in these areas can exceed 95 percent.

CO2 collected through these methods is then transported for injection into saline aquifers or depleted hydrocarbon reservoirs.

Technologies are emerging that can use the CO2 captured in the above processes for the production of plastics, aggregates and fertilizer – hence the U in CCUS.

By removing CO2 directly from the air, DACS has the potential to enable negative CO2 emissions. The use of biomass (considered to be carbon-neutral) in combination with CCUS can also achieve negative emissions.

After CO2 is captured and compressed, it's normally transported through pipelines at high pressure, in what is known as dense phase. Dense phase is a highly compressible fluid state that has a viscosity similar to that of a gas but a density more like that of a liquid – properties that make it a favorable condition for transporting CO2 by pipeline.

The capture, collection, transportation and long-term storage process – especially in and around major industrial and urban centers – requires a thorough understanding of related major accident hazards. For example, we consulted on a United Kingdom project involving a 450-megawatt power station that produced 1.5 million tons of CO2 each year. At the time, dispersion modeling of released dense-phase CO2 wasn't fully understood. In collaboration with our client, we developed simulations of CO2 releases and carried out dense-phase CO2 experimental release trials to validate modeling against real-world data.

Since this initial work, we've undertaken CO2 project development, hazard modeling and mitigation work for a number of clients, including BP, Centrica and EON. We continue to support CCUS projects, helping our clients manage risks across the full CCUS value chain.

For more than 50 years, hydrogen produced by the reforming of natural gas has been used for refining petroleum and producing fertilizer. The reforming process generates CO2, which is often released into the atmosphere. Hydrogen produced this way is known as gray hydrogen. When CCUS is added to the process, capturing over 95 percent of the CO2, it is known as blue hydrogen (these terms differentiate it from green hydrogen, produced using only renewable energy resources).

Green or blue hydrogen can be used to replace natural gas for industrial and domestic settings and used for transport (trucks, ships), yielding a significant reduction in CO2 emissions from these areas. As green hydrogen is more expensive to manufacture than blue hydrogen, and the volumes produced are relatively small, blue hydrogen holds significant potential because it can be produced in bulk. Due to its relevantly low production costs when compared to green hydrogen, blue hydrogen can be an enabling technology in accelerating the installation of infrastructure for all forms of low-carbon hydrogen.

While hydrogen is a useful alternative to natural gas, like natural gas it has hazard potential, and understanding of its behavior is critical to successful deployment.

We've worked with hydrogen for many years and have helped clients like BP understand the related hazards and mitigation measures in a number of projects in Europe and the United States. Some examples include the hydrogen storage and refueling station used for the London 2012 Summer Olympics, as well as hydrogen and CCUS power projects with BP in Scotland and California. We've worked extensively with clients in the nuclear industry to understand and mitigate the hazards associated with the development of hydrogen from nuclear materials.

Thornton Tomasetti is a member of the U.K. Carbon Capture and Storage Association, co-chairing its Technical Working Group. We've recently become part of a working group on the shipping of CO2 which is led by ZEP (Zero Emissions Platform, the technical advisor on CCUS to the European Union). This working group will develop engineering guidance for shipping CO2 to storage reservoirs and aquifers.

We also work with the Energy Institute in a number of areas and currently sit on their CCUS and hydrogen steering groups. 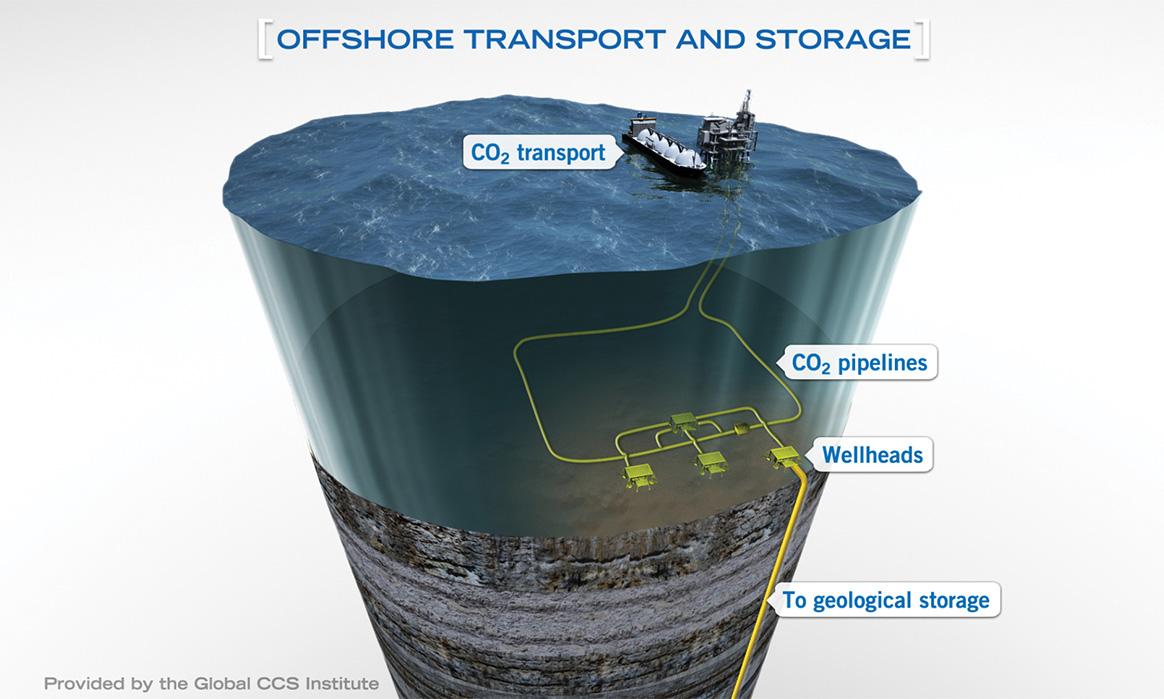 The United States recently rejoined the Paris Agreement, which includes the goal of a 26-28 percent reduction in greenhouse gas emissions by 2025. Europe is planning to be the first net-zero continent by 2050. China is targeting the same goal by 2060.

CCUS can help industries achieve short- and long-term pledges and benchmarks. In the short term, CCUS is a “bridging technology” that can help mitigate climate change immediately while aiding in the transition between traditional processes and a green-energy future. If industries capture emissions now, they can use their existing infrastructure for longer, pollute less and keep workers employed while they pursue carbon benchmarks.

CCUS is also an important piece of the decarbonization puzzle in the long term. To achieve net-zero targets, several strategies need to be applied, and our experience with CCUS dovetails with many other technological advances, including blue hydrogen, energy storage, on- and offshore wind energy, and other renewables.

Decarbonizing industries and economies relies on new policies, forward thinking and technological investments. CCUS can make a real difference in people’s lives and net-zero goals – both today and tomorrow. 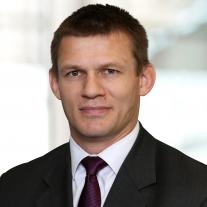 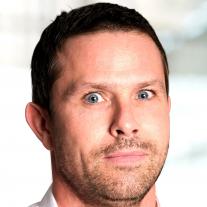 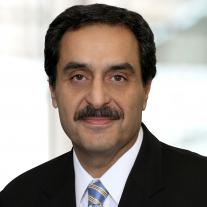 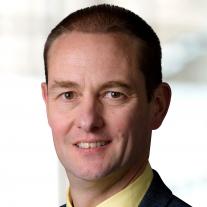 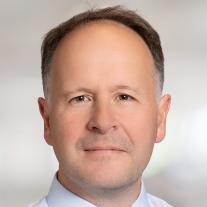 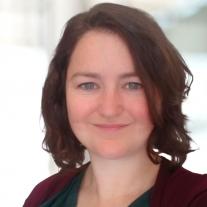