Ken Maschke is responsible for the growth of the Renewal and Forensics practices in Canada. An expert in building failure investigation, structural rehabilitation, recladding and adaptive reuse projects, Ken relocated to Toronto in 2017 after spending over a decade in the Chicago office. While there, he led a number of high profile projects, including structural repairs to the Walter Payton Center (indoor practice facility of NFL’s Chicago Bears) in Lake Forest, Illinois, and the adaptive reuse of the award-winning Saieh Hall of Economics at the University of Chicago. Ken also managed our work at Chicago’s Navy Pier, including support for the Centennial Wheel. Ken applies the latest technology to his work. He was an early proponent of Revit, which he employed on the One Indiana Square façade overclad in Indianapolis, and introduced the first fully integrated 3D model of an existing building on the Saieh Hall of Economics. He contributed his knowledge of diverse building systems to the conceptual design of the Office of the Future, a cutting-edge concrete prototype using 3D printing technology in Dubai, UAE.

Ken has a genuine interest in learning new things and enjoy finding solutions to difficult problems. 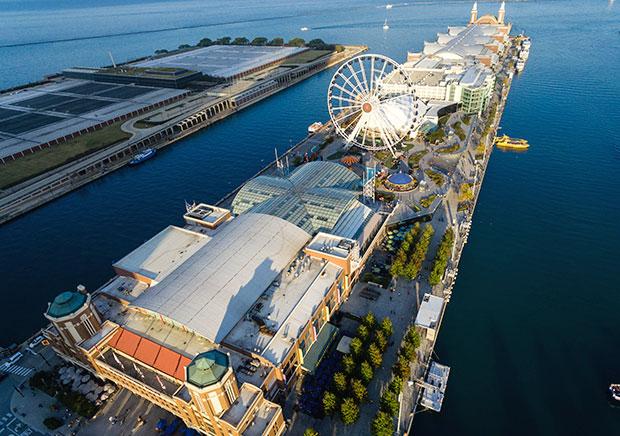 Navy Pier Rebuilding Chicago’s #1 tourist destination wasn’t easy. We pulled back layers of history, went under and over the water, and wove in reinforcements.