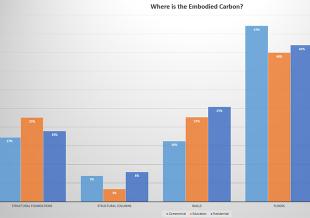 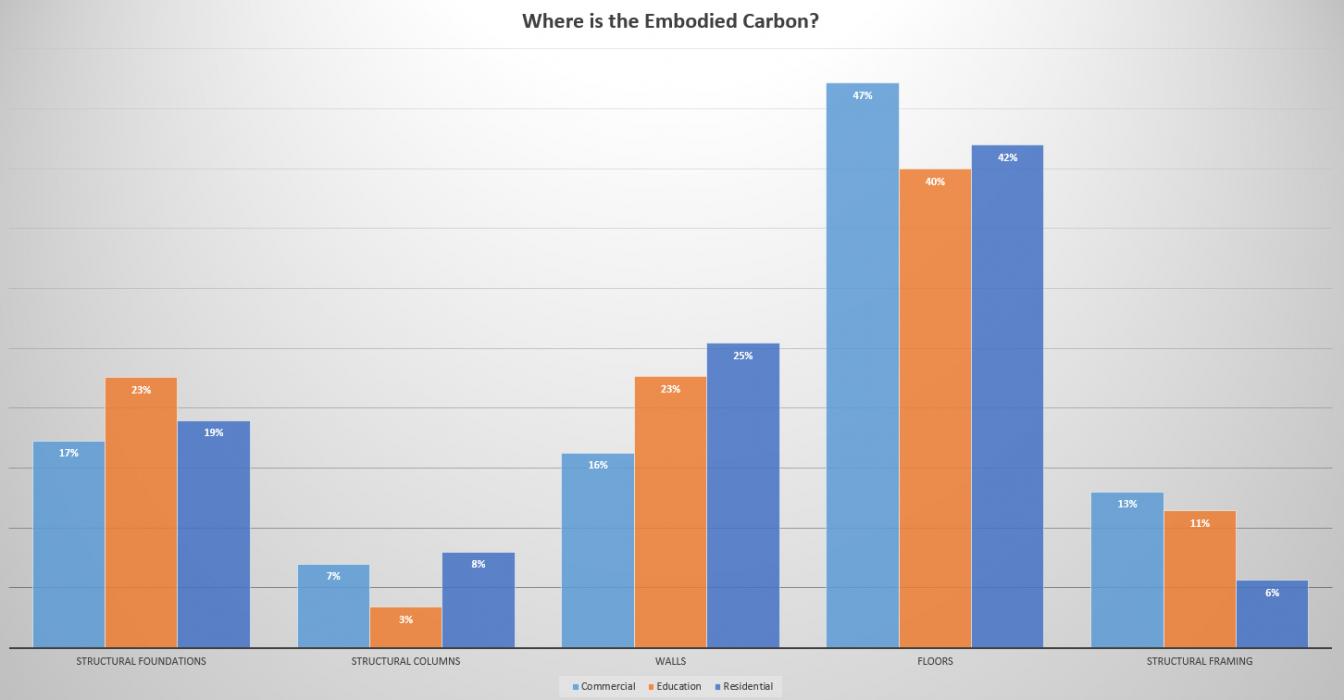 Thornton Tomasetti, the international engineering firm, has released results from its multi-year, project-based embodied carbon measurement study, identifying the type of structures, materials and components with the highest carbon emissions. The findings provide insight into how structural engineers can drive innovation in design while reducing embodied carbon and creating structures that are more efficient.

The study comes on the heels of the Carbon Leadership Forum’s launch of the Structural Engineers 2050 Challenge, an initiative designed to incite progress toward Zero Carbon buildings by 2050. The initiative challenges structural engineers to measure embodied carbon, set benchmarks and meet increasingly higher reduction targets.

“Structural engineers have the opportunity to be leaders in sustainable design because structural materials are the largest contributors to embodied carbon in new construction. Our seven-year study of more than 600 structures using a tool developed in-house to measure embodied carbon is helping us understand the impact design and material choices have on the environment,” said Amy Seif Hattan, corporate responsibility officer at Thornton Tomasetti. “We are sharing the first results of our ongoing study in the hope that it will serve to educate our peers and encourage them to contribute data so we can expand our research and support the development of more sustainable and better performing structures.”

Thornton Tomasetti’s embodied carbon measurement tool, Beacon, is expected be released to the industry and public for free by the end of the year. Created for use in the Revit environment, the new tool is customized for structural engineers for embodied carbon optimization, allowing users to measure how they are doing while they are in the midst of working on a project

According to Architecture 2030, half of global greenhouse gas emissions are associated with the building sector, including the industrial processes needed to produce materials for building construction. For more than a decade, the industry has targeted emissions reduction efforts on operating energy – areas where mechanical engineers and architects specify materials, designs and equipment to increase efficiency. A new focus on reducing the carbon footprint of building materials enables structural engineers to make a substantial contribution to mitigating climate change since the most commonly used structural materials – concrete, steel and aluminum – contribute over 22 percent to global carbon dioxide emissions. In a typical building, 55 percent of embodied carbon is in the structure and substructure.

Among the study’s early findings:

“Thornton Tomasetti was an early leader in efforts to engineer low embodied carbon structures as the first structural engineering firm to join the American Institute of Architects 2030 Commitment toward developing carbon neutral buildings in 2011,” said Hattan. “As a co-founder of the Structural Engineers 2050 Challenge and an active participant in the Carbon Leadership Forum, we are dedicated to growing the body of knowledge and data on embodied carbon in new construction and setting reduction goals that will support the move toward zero carbon buildings.” The use of advanced building modeling and other new technologies will continue to aid designers and developers toward this goal. For example, the revolutionary Hummingbird tuned-mass damper developed by Thornton Tomasetti, with its ability to be distributed within a footprint that is smaller than traditional dampers, allows designers to maximize use of space and reduce the amount of structural materials, resulting in a reduction in embodied carbon when used as part of an overall structural dynamics performance optimization strategy.